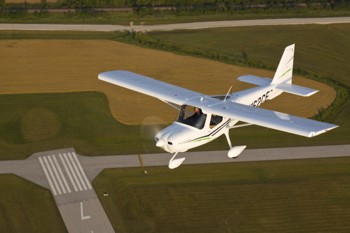 Leaving LSA for the greener (and roomier) skies of the Primary Aircraft category. 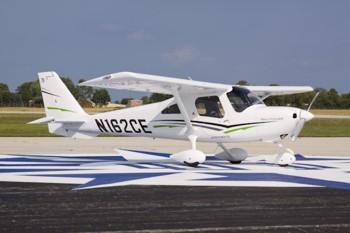 First Piper, now Cessna…wow, didn’t see this coming. *** Even though I’m not arriving in Oshkosh until Friday, this newsflash hot off the wire can’t wait. I just picked this up from the Wichita Eagle. In brief, it says: *** Cessna just announced they’ll move the C-162 Skycatcher into the Primary Aircraft category. It will no longer be a Light Sport Aircraft . This on the heels of news that the Wichita-based aviation giant had pulled it’s European marketing and EASA CS-LSA certification efforts because of the cost and complexity above and beyond certifying to the U.S. Light Sport category. *** The company said switching to Primary Aircraft will aid in the certification process with countries worldwide, which certainly includes Europe’s EASA CS-LSA standards, which you can think of as FAA Airworthiness Lite, or looked at another way, LSA Heavy. *** Cessna was quick to add that the Skycatcher will still be flyable by pilots with a sport pilot license. It also reported it is already at work with FAA on the Primary designation. That process includes a Type Certificate and a Production Certificate. *** The Wichita Eagle ended its piece by saying this: ”The joint Cessna/FAA team included requirements from EASA CS-LSA into the program which will allow the Skycatcher to be accepted into Europe through a simpler validation effort, following FAA approval.” *** On the face of it, it looks to be a marketing move. Let’s look a bit deeper: *** The official FAA language for the Primary Aircraft Category, effective as of Dec. 31, 1992, describes it this way: *** “A primary category aircraft is of simple design and is intended exclusively for pleasure and personal use. A primary category aircraft (airplanes, gliders, rotorcraft, manned free balloons, etc.) may be unpowered or powered by a single, naturally aspirated engine, with a 61 knot or less stall speed limitation for airplanes and a 6-pound per square foot main rotor disc loading limitation for rotorcraft. A primary category aircraft may have a maximum certificated weight of no more than 2,700 pounds, a maximum seating capacity of four, and an unpressurized cabin. *** Although a primary category aircraft may be available for rental and flight instruction under certain conditions, the carrying of persons or property for hire is prohibited.” *** It’s no secret by now that the Skycatcher was hamstrung by the 1320 lb. full gross limitation of the Light Sport category. I’ve talked with flight schools and owners who have lamented that the empty weight blossoms well beyond 850 lbs. with just standard equipment aboard.Canadian Owners and Pilots Association called out two years ago on its blog, “Fill up the tanks (144 lbs) and this particular 162 will carry 311 lbs of people and baggage, or most likely 304 lbs with some oil in the engine. Compare this to my old Cessna 150, with its empty weight of 1065 lbs, which would carry 408 lbs of people and cargo with full fuel. It is hard not to conclude that the 162 is not really much of a two-seater.” *** Lou Mancuso of Mid Island Air, a 66-year FBO and flight school on Long Island, NY, recently told me he had bought three Skycatchers…but canceled the remaining two orders after flying with the first one, “strictly because of payload. It’s a wonderful airplane: a strong, great flying plane, it just weighs too much. 865 lbs.empty weight with no payload restricts how heavy your passenger can be and how much fuel you can carry. *** “We flew it in our school and with 400 lbs. of pilot weight – me and a 190 lb. pilot, not abnormal passenger weights at all – the onboard Garmin computer said our total fuel load to keep from going over gross was…11 gallons! With the reserve I recommend of 7 gallons, that means we had just 4 gallons for our mission fuel…less than 1 hour! *** “Some other LSA have the same problem: planes that weigh in excess of 850 lbs., they’re really toys because you can’t go any place in them. I’ve owned some LSA that, when flown at gross weight, couldn’t get above 9000 feet. The Bristell, the only LSA in my current training fleet, climbed at gross to 13,000′ and had more room. It’s empty weight is 100 lbs. less, and in an LSA, that means a lot more performance. You want that capability sometimes to get up above clouds or the haze layer, so having a plane that weighs 750 as opposed to 850 and higher is a big deal.” *** Of course, he’s talking about Private Pilot or higher rated pilots when he says flying at 13,000 ‘, but the point is well taken. If you’re getting rocked and socked at 7,000′ and it’s likely smooth at 9,500′, you’d like to be able to pop up there as quickly as possible…or just get there! *** Anyway, back to the Skycatcher: clearly the move to Primary Aircraft will give the C-162 a lot more room for flight with full tanks and two normal size people aboard, which won’t hurt their sales and should help reduce the bailouts from their current committed customers. What remains to be seen is how much more weight, if we can speculate for a moment at least, the aircraft will safely carry without compromising load limit safety factor too much. Certainly another 100 lbs. or so of fuel won’t drastically affect those numbers…and will deliver the Skycatcher to a much broader and happier envelope of flying possibilities than its current realities. ***