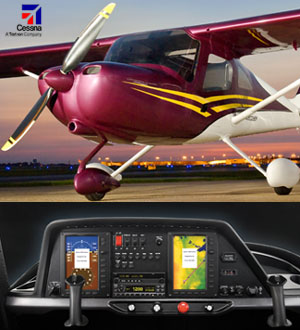 Cessna reported 920 orders for Skycatcher in the 10 weeks between EAA’s AirVenture and AOPA’s Expo. Curiously, FAA data for SLSA registered through September 2007 showed a slip in the pattern of steady monthly growth. Does it sound logical that Cessna’s $4.6 million of orders — the retail price value of 40 or 45 SLSA — account for this slump? Although refundable, those orders should eventually translate to more than $100 million worth of Skycatcher sales. Cessna said it expects to produce 700 a year at full production. *** Let’s compare that with the balance-of-the-industry performance. Three quarters of the way through 2007, the entire LSA industry has registered 609 airplanes. On an annualized basis this yields 812 units. So, if industry players other than Cessna can double sales in two years (a reasonably conservative estimate), Cessna would represent 30% of the total when they reach full production. Cirrus and their SRS must also be factored in and other entries could bring more changes. FAA registration does not precisely match airplane production or deliveries.