But do you recall the name Donald Luscombe? You probably should. 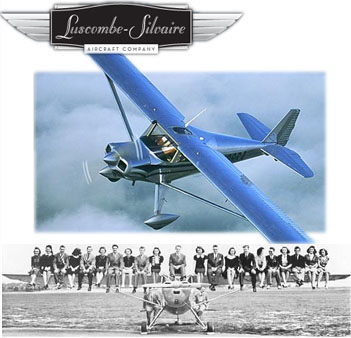 The Luscombe Aircraft Company built some 8,000 aircraft, 6,000 of them the Silvaire model alone. And they once pumped out as many as 23 per day, yes, per day! In 1948, Luscombe produced more than 2,700 aircraft in a calendar year. That’s more than twice as many as all LSA companies combined have sold in three years.

Fortunately, it isn’t just a history lesson. Thanks to John Dearden and staff at Flabob Airport in Southern California, the Luscombe was revived as the LSA-8 earning approval as a Special Light-Sport Aircraft.

Lucky me, I went flying in it with John and a pleasure it was. Great manners in a responsive, good performing, all-metal, Continental-powered LSA that is 100% Made in the USA. Selling for around $90,000 LSA-8 looks inexpensive compared to euro-denominated LSA now running to $130,000.

Since the European FAA, called EASA, is chugging through the process of accepting ASTM standards, LSA-8 could sell in Europe for 58,000 euros (before shipping or taxes). And with its vintage appeal in a modernized form (glass cockpit available), who knows what interest might follow?