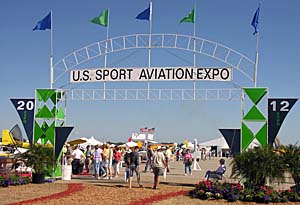 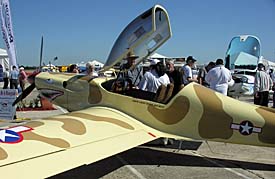 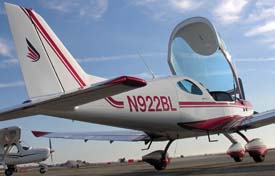 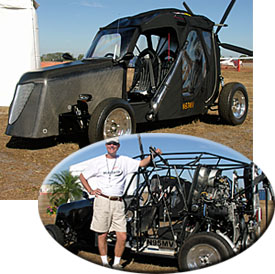 The eighth running of Sebring just finished and a resounding success it was on nearly all counts. A few dour faces noted exhibitors were off a rather modest 5% (according to officials) but in every other category, smiles were broad from most attending or exhibiting at Sebring 2012. *** The weather was the best ever with temperatures hitting 80 degrees and every day was sunny and pleasant. My colleague, Jim Lawrence, presents many interesting points in his January 21 article. Here I’ll add my own views and experiences and both of us will have more in the days ahead. *** Metric #1 — Attendance set an opening day record on Thursday the 19th, surprising many, though perhaps expectations were low after the last three years of economic sluggishness. On Friday evening, airport manager Mike Willingham told me an all-time Sebring Expo record was set on the second day and judging from the thick crowds clustered around nearly every booth and filling the walkways, that was easy to believe. Saturday was also good though the new Sebring management team hadn’t yet tallied the results. See Update below. *** Metric #2 — Sales were reported from many aircraft sellers. My informal, non-scientific survey revealed solid sales (money paid or contracts signed) at the show possibly hitting 20 airplanes. Even more surprising was the estimate of perhaps 50 sales generated at the event that should follow in the weeks ahead. By any benchmark this would be outstanding and I heard positive comments from so many that the potential sales results seem credible. Plenty of happy pilots are going to be racking up flight hours this season. Numerous non-airframe vendors also reported good sales with several saying, “best Sebring ever… sold out of product,” and similar comments. *** Metric #3+ — Demo operations were torrid with hundreds of demonstration flights given plus airport operations were busy enough — over 220 in one intense hour, officials reported — to make Sebring the busiest airport in Florida and enough to challenge the Atlanta and Chicago airline airports. Visiting aircraft flew in by the hundreds and were parked in long lines on Sebring’s outlying runways and taxiways. In addition the parking lots were loaded. Food vendors were so busy that getting a seat in the 300-seat main activities tent sponsored by AeroShell meant planning ahead or eating after others were done. |||| Among the hundreds of demo flights were many by media reporters so you can expect pilot reports and more to follow in magazines and several online outlets. *** I was privileged to fly the Allegro 2007 — now 100% American made (formerly a Czech Republic product), the Bristell from the Czech Republic, and the 124-hp Lycoming O-233-powered Renegade — another all-American aircraft that first came out of Hungary. All three were very pleasant and inspiring aircraft, each quite different in various ways. *** The Allegro 2007 is ideal for primary flight training. Indeed, one Allegro has now logged more than 4,000 hours, all via instruction use thereby largely disproving the allegation that LSA can’t hold up to student duty. The Bristell is a fifth-generation, highly refined SLSA that at least four reporters (including yours truly) flew to rave reviews. It seems designer Milan Bristela didn’t miss a trick in executing this new design. The Renegade is one gutsy bird with the highest-powered engine in the LSA Fleet other than CubCrafters 180-hp Carbon Cub SS or the iTec Maverick. We saw 1,700 fpm climb after breaking ground and a rock-solid feel in the air. I can’t wait to sample the taildragger version in late-stage development. All these aircraft will get more attention in the days ahead. Watch for articles to follow! *** Congratulations to Jana Filip, Mike Willingham, and the whole Sebring team for taking over from much appreciated founding chairman Bob Wood to continue the steady growth and development of the Sebring U.S. Sport Aviation Expo. After a sterling performance in 2012, Sebring is assured a prominent space in the aviation calendar and is certainly a positive and powerful way to start off the flying year. Based on 2012’s quality outcome, I predict Sebring will grow and prosper well into the future. Update 1/24/12 — Sebring reported 16,000 visitors for the event, a number significantly larger than total attendees at AOPA’s Summit and bigger than all but a few other aviation trade shows. —DJ