News about Sebring Expo’s shutdown captivated readers of this website. Other media outlets also picked up on the news. It may be unfortunate that bad news attracts us so powerfully but that is reality. Many readers asked a similar question: “Why?” 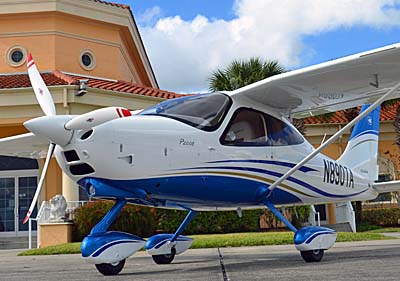 While some other media outlets clearly speculated over the reasons for the shutdown decision, I did not buy all the explanations.

One writer guessed that exhibitors had decreased. While the number of vendors buying space has fluctuated over the years, as it does for all other shows, I’m lead to believe that was not a primary reason.

Another reporter said “foot traffic” was too low but that probably shows that the writer compares every aviation event to Oshkosh and if it does not draw similarly-dense crowds, then something is wrong.

Instead, these events — that I call sector-specific shows — are more focused. That makes them far more accessible to serious buyers wanting extra time with the representatives of the aircraft that have drawn their interest. People like to ask many questions — as I believe they should before making a six-figure purchase. Sebring plus events like Midwest LSA Expo and DeLand Showcase can deliver on this goal of attendees very well. Crowds may indeed be lower but that can be fairly regarded as a feature not a problem. Indeed, those attending sector-specific shows are obviously interested in the aircraft on display and vendors have repeatedly said they make more sales at these smaller events while spending far less money on displays.

Why Did Sebring Shut Down?

One man very close to the Sebring Expo knows more than journalists, attendees, and other vendors. I asked Phil Lockwood for his thoughts. He’s been involved since before Day One and was consulted by airport executive director Mike Willingham when this decision drew closer. 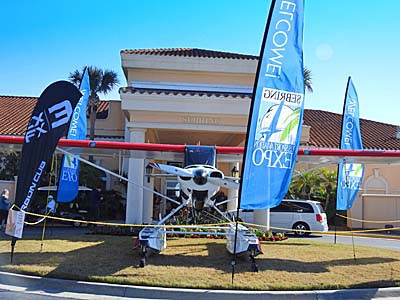 Sebring used their handsome airport terminal as the primary entry gate in recent years. Here a CarbonCub was placed in a can’t-miss spot.

Following are Phil’s thoughts presented with his permission. Disclaimer: I caution readers that Phil does not speak for the Sebring Airport Authority but his information is highly reliable. People that know Phil are aware he speaks carefully and tends not to speculate about things he does not know.

Phil wrote, “I think the following presents four primary factors that killed it.”

(1) “Sebring has always struggled with the local weather during the show, which has not always been friendly, greatly affecting attendance,” Phil said. “Maybe three out of five shows have suffered from unseasonably lousy weather during the history of the show. It’s an unpredictable and uncontrollable variable that makes the entire process a big gamble. In addition to the local weather issues, we have [often] been hit with a nasty line of intense weather blocking off Alabama and Georgia prior to and during the show, which prevented many small planes and vendors from making the trip into Florida.” 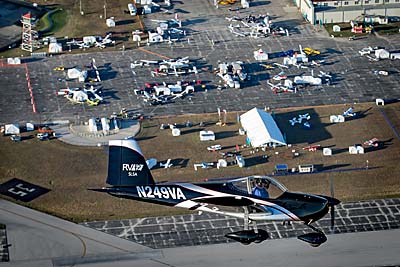 This aerial view from aviation photographer Jim Koepnick features an RV-12 flying over the layout as it appeared in 2014.

In our conversation, Phil observed that he has frequently been out on the ramp prior to and after the show to experience beautiful weather and calm winds, the kind Florida has in abundance while the U.S. northern states are suffering through winters like the one just passed. However, when a three-day show starts it can easily be held hostage to a single weather front passing through. Phil noted a week-long show can suffer a couple poor weather days and still be successful but a shorter show can be completely inhibited by lousy conditions.

(2) “Sebring is about to begin a year-long program to rebuild the majority of our ramp,” he continued. “Accommodating the Expo during this construction would be very difficult.” In addition, after spending millions of dollars on ramp refurbishing, they may not want to drill holes for tents and tie-downs all over their brand-new ramp, somewhat similar to the way you feel about getting that first scratch or dent on your new car.

(3) “The Sebring Airport management expends a large percentage of their staffing resources in the preparation and management of this show,” Phil noted. “They feel those resources can be used for projects that will better benefit the airport and surrounding community.” 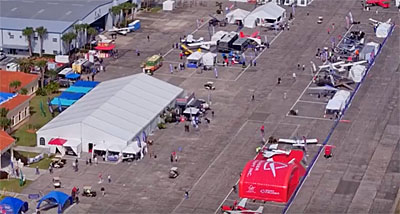 In recent years, Expo was moved to position it directly in front of the airport terminal building, seen at the extreme left of this partial layout view.

(4) He went on saying, “Vendors do not want to pay the higher cost needed to allow the show to sustain itself financially, leaving much of the burden on the airport and surrounding community.  Although the attendance has been pretty good for a small regional show, and good enough to bring the vendors back year after year, it’s probably not strong enough to offset the continued local investment dollars required to sustain the show.”

“Add up all of the obstacles and you have a difficult mountain to climb,” Phil concluded. “The airport manager would have liked to find another entity to take over running the show but was unsuccessful in finding another group willing to take on the task and expense.”

In the end, this was a difficult business decision but it has now been made and it is time for this website to return to our usual content of airplanes, flying gear, and the people who provide them.