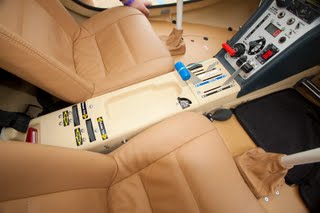 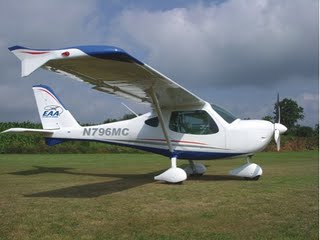 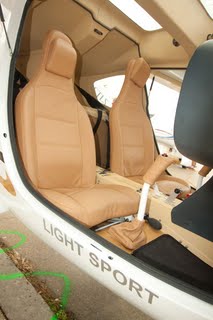 I was lucky enough to get Matthias Betsch, Flight Design’s CEO, all to myself for a few minutes and here’s what he had to say: *** General update: “A hard year but better than we expected. In the last two to three months, we’ve had quite a pickup. Here in the States dealers sold their stock so they have to buy more airplanes…they have to buy more so I think that is good!” *** The year ahead: “I don’t think we’ll get back to 2007-2008 this year, but I do think it will be a 30% recovery. The rest we will do in 2011.” *** On the new Flight Design MC: “It’s a different character. The LS is more sporty, speedy, responsive. The airplane feels much heavier than it is. That’s what we wanted: an airplane for flight schools which is very forgiving, easy to land, to fly. It’s also ideal for older pilots who are used to very stable airplanes.” *** MC vs. LS sales: “I still think the CT will be 2/3 of the business, and the MC 1/3. It’s primarily a trainer. But if you learn on the MC, why not buy one? It’s not as agile as a CTLS, and easier to fly, and very roomy inside”. (52″ wide cabin) *** Re adding metal fabrication to composite expertise: “We imported the composite technology to the Ukraine for the CT when we set up the factory. But the Ukraine was traditionally very good at building metal airplanes. We also sent Denny Franklin to help set up tooling and develop ideas for building. For instance, the metal sheet thickness for big Antonov airplanes is much greater than for LSA!” *** Realistic all-up weight: “It’s an honest 825 lbs. with all the equipment on it, so the rest is pure payload. Also it’s not a fancy airplane you’re afraid to put your hands on. It’s very solid. It’s a workhorse also.” *** Production rate: “Now that the design is done, and we’ve begun marketing, we hope to be producing 4 to 6 per month by the end of the year. We didn’t want to create demand we couldn’t meet.” *** When will the first ones arrive in the U.S.? “Flight Design USA should have one in the next two weeks.” *** Response after demo flights: “We were surprised by how much people like it. We didn’t try to sell them on the MC, we just asked them ‘What did you find, what did you like or not like: we wanted them to be completely honest. And we heard good things.” *** In Europe: “We are working on the type certificate by late summer for the CTLS. We don’t have an LSA-type category yet. Also, we sold the same number of airplanes in 2009 in Europe as in 2008! There is no reason we could see, so we just accept it!” *** What’s new with the CTLS? “A new interior, with two-tone painting. And the Dynon SkyView or Garmin G3X panel for those transitioning beyond LSA training to GA airplanes with Garmin panels.”