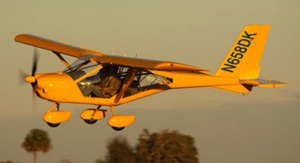 An FPNA A22 Valor, soon to be represented by a new dealer… Flightline Aviation based at the Sebring airport. 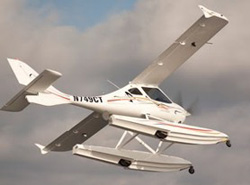 Tom Guttman Jr. makes a low pass for my camera. 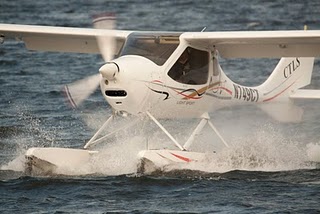 Tom soldiers on downwind through the building chop. 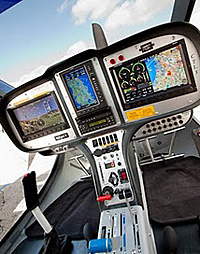 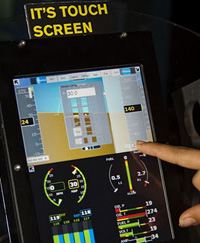 ***
The day dawned foggy and solid overcast…then cleared almost instantaneously…then snap overcast again. ***
The wind grew… and grew… the temperature dropped, and by the end of it, everyone agreed it was an unseasonably chilly day, more like San Francisco in winter than Sebring, Florida. ***
But people flew, and flew. Folks came out in good numbers and, according to all the exhibitors I spoke with, and that was a lot, there was focused interest and orders, or solid prospects, were recorded. ***
My flying fortunes started bright and early with a morning flight in the new Flight Design CTLS, thanks to Tulsa, OK Airtime Aviation dealers Tom Guttman and his son…Tom Guttman. Makes “Hi Tom!” less of a chore, you only have to say it once. ***
These enterprising lads have finalized the fitting and testing of their Clamar floats, designed and built by famed float maker, Clair Sceli. They’re beautiful to see and fun to fly on. ***
We did several landings and takeoffs on nearby, wind-whipped, whitecap-popping Lake Jackson. Solid, balanced, well-performing. And all that extra drag only costs about 13 knots in cruise… we were showing 102 knots indicated straight and level, full power coming back to the field. ***
Tom Peghiny, Prez of Flight Design, also had a gorgeous, futuristic panel on proud display: two Dynon Skyview EFIS displays and a Garmin 696. Gorgeous! See for yourself… I’ll fly the Criquet Aviation Stolp Storch 75% replica tomorrow morning.