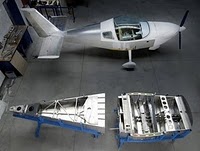 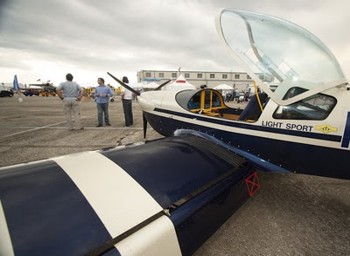 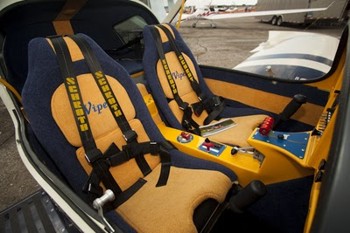 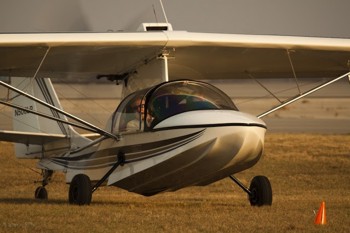 Here’s a glancing blow at some products you might want to check out in depth: *** A cute new LSA named Viper SD-4 showed up, beautifully built (in Slovenia) and should be very attractive to anyone who likes the conventional approach of an all-metal airframe done in the traditional way — with a modern technological boost. *** The parent company, Tomark Aero, uses CAD design and CNC precision cutting methods. *** US distribution will be through Tomark Aero USA, located in Frisco, TX. *** Some specifications: • Wingspan 27′ 10 1/2 ” • Max weight 1,320 pounds • Cruise 108 knots • Max speed 120 knots • Stall 40 knots • Climb 1,280 fpm • Take-off run 525 feet • Landing run 722 feet *** Wild and Crazy in a Flying Boat: that’s what I’d title a short movie I’d make of my fun ride with Kerry Richter, designer of the SeaRey amphib, took me for a way-too-fun ride over, around, onto and off of a nearby lake. We chased the shouting windspray along, so to speak, and I was completely jazzed on how much fun, and how easy, that 19 year old airplane is. *** More than 550 have been built as an Experimental Category kit. By Oshkosh, Kerry hopes to have finished ASTM certification for the SeaRey LSX, which will be an S-LSA. *** Boating around on near-glass smooth water, chasing other seaplanes around, not to mention a duck or two (no birds were injured in the filming of this fantasy movie), and making several landings myself, were so doggone much fun and frankly so easy, and so bullet-proof, that I felt like I’d been flying the bird since I was hatched. *** Really, this has to be the easiest and most goof-proof airplane I’ve ever had the pleasure to fly…and that includes hang gliders, which in spite of all the media hysteria are as easy to master as a bicycle. *** I’ll go into detail in my pilot report for the magazine, but here’s a teaser: *** “Wanna see an accelerated stall?” Kerry asked.  *** “Sure,” I replied, silly me. *** He snap-rolled the airplane into a 60 degree bank (if not more), then racked the stick back all the way to the seats. Holy moley! I thought we’d do an accelerated stall and drop into the water not far below like a cormorant gone fishing.  *** No way. The SeaRey held on as if we were on a roller coaster car on rails. *** Then Kerry got my attention by demonstrating a departure stall in the same Ramboesque manner.  *** He pushed the throttle to full power then yanked the stick back hard, you guessed it, all the way to the seat again. We snapped up to at least a 70 degree angle, my stomach landed somewhere back by the (retracted) tailwheel… and the airplane just hung on, and hung on, and hung on… and never broke into a stall. “It may not be idiot proof, but it is pretty much goof proof,” he said laconically. I just grinned like a fool. *** “Just out of curiosity, what’s the load factor?”  *** “Six g’s positive, four negative.” *** Landings are so easy. Takeoffs? We actually did one without touching the stick! Using rudder alone to keep things straight, we accelerated to about 60 mph and she popped off on her own.  *** Add the SeaRey to the growing list of airplanes I’d buy tomorrow, if only I’d had an inheritance or a winning Lotto ticket.