Sebring Day One was true to form for the 15th running of this grandaddy of Light-Sport and Sport Pilot Kit shows. Airport manager Mike Willingham told me opening day attendance was better than opening day last year. He and the entire Expo team certainly benefitted from good weather, a tad windy, but blue skies and temperatures hitting 80° F (27°C). 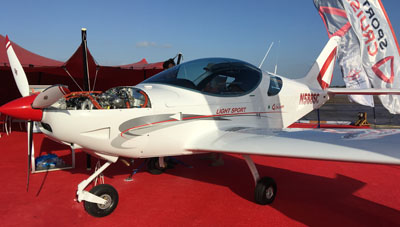 Videoman Dave and I recorded several new video interviews for you. One of the first will be our classic race-around tour of exhibits on opening day.

We also talked to many in the business.

The government shutdown appears to be having some effect on industry. One example regards FAA inability to make inspections so a vendor can get the Special Airworthiness certificate needed to complete delivery of a new SLSA (meaning final payments cannot be collected, no small matter to many LSA or SPE kit enterprises). However, few vendors actually introduced the topic suggesting the bad news may be localized. 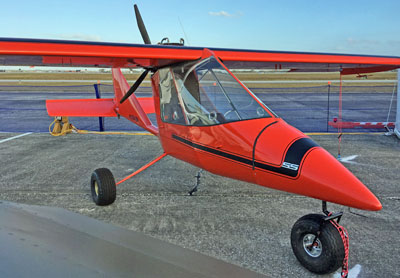 Overall though, we heard a continued positive outlook as we surveyed at DeLand Showcase in early November last year when many in the business told us about the good year they had just finished.

Volunteer Army — As is necessary but not taken for granted was a large group of helpful volunteers. Airshows, even the giants like Oshkosh and Sun ‘n Fun, could not happen with such willing help, often people taking vacation time to put in many hours helping the details turn out right. THANKS to each and every one of them! 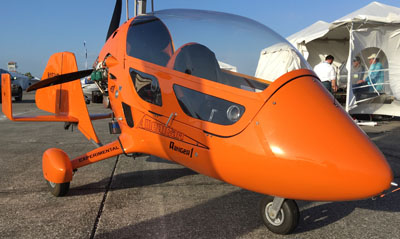 John Williams, the longtime leader of Titan Aircraft brought one of his impressive T-51 Mustang kits and a Tornado (photo) that reveals this hot number’s long lean lines. Tornado can now be called an evolved design. From personal experience I attest to its crisp handling and lively performance. In the heyday for two place ultralights, before Light-Sport Aircraft arrived on the scene, Tornadoes in various forms were among the most dashing aircraft at shows. Its taut fuselage was often compared to a fighter jet motivating some creative builders to equip and paint their Tornadoes to enhance that imagery.

SilverLight showed off the clean execution of their removable full enclosure. American Ranger AR1 boasts a very large clean canopy that was optically superb; I saw no distortions when looking anywhere on its great expanse of acrylic. Designer and business owner Abid Farooqui explained that two people are needed for about ten minutes to remove the big enclosure for open air flying that many enjoy in pleasant months. A few more minutes are needed to install a motorcycle-sized windscreen that transforms AR1 into the open tandem seater the company first offered. SilverLight has enjoyed a good last year of business as verified in our market number page: Tableau Public