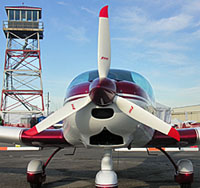 Sebring’s iconic vintage control tower near the center of action for the LSA Expo. 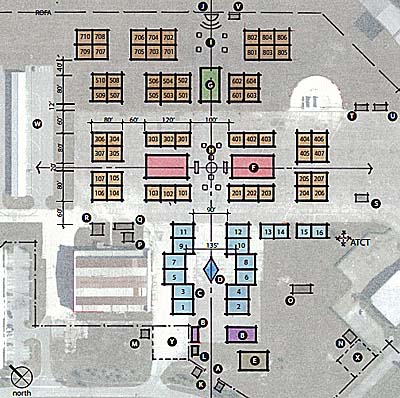 OK, even to me it seems rather early to be writing about Sebring 2013. (I’m a huge fan, having attended all eight Expos.) The event is months away and summer just arrived so why are we thinking about next winter? Truth be told, you don’t get anywhere in the airshow biz without planning months, even years, in the future. So, to their credit, organizers of the Sebring U.S. Sport Aviation Expo — a mouthful most of us just abbreviate as “Sebring LSA Expo” — are laying plans for the ninth Expo well in advance.

*** Today, those organizers, lead by last year’s new boss, Jana Filip, sent out a new grounds layout. I’ll be headed down to Sebring on Monday with FlightTime Radio entrepreneur Milford Shirley in his Cherokee for a meeting with the Sebring honchos and folks like Jacob Peed from Aviators Hot Line plus Bahamas guru and Breezer importer, MikeZ. One possible plan is for FlightTime Radio to broadcast from the show. That’s cool but, as those late night infomercials love to say… “That’s not all!” A number of other new features will be discussed and those of us not on the organizing committee will probably learn more about next year’s plans.

*** One thing I hope to hear more about is the new layout. But it’s pretty clear this is a significant change and I like what I see. Let me point out some things that I could see on the full page version of the nearby layout. (1) Notice the diamond-shaped central area labeled “D.” This is a new space for a presenting sponsor so if you want to literally be the center of attraction, better act soon. (2) The food court has a new location (“H”) right smack in the center of things. The food vendors will probably love that but so will everyone attending as one thing always sells at shows: food. (3) The headliner AeroShell tent (“G”) is also much more central. This is where we hold the opening night LAMA Dinner for LSA professionals along with other events like the volunteer dinner and more. It’s also where folks go to eat in some shade and I like that it’s in a central place rather than off to the side. I’ll bet AeroShell likes it, too, and this rewards their generosity in making the big tent available for all to use freely. (4) The inside exhibit tents are now positioned left and right (or northwest/southeast) of the food court, another good relocation, IMHO. (5) Around these central locations are the many airplane vendors that comprise the best draw to the event.

*** After I hear more, I’ll keep updating ByDanJohnson.com visitors on the biggest and best established LSA Expo in the country. Last year set visitor records (reportedly 16,000 attendees) and I’m thinking 2013 will be even stronger. It wouldn’t hurt to start thinking about your travel plans now. The dates are January 17-20. Next year’s theme is, “Where Innovation Meets Aviation.” I’m going! Are you?