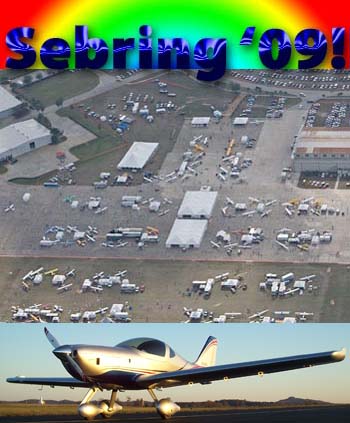 C’MON DOWN TO SEBRING…The Sebring LSA Expo is only days away. See the largest gathering of Light-Sport Aircraft in the world. *** You can read plenty more about Lightning in a series of informative newsletters Arion Aircraft assembles.

Despite a widespread financial funk, the Sebring U.S. Sport Aviation Expo — commonly referred to as the Sebring LSA Expo — is fast approaching. This #5 Sebring starts the year and has become a place where new aircraft debuts are staged. Yes, a few exhibitors have pulled out to conserve cash. But most aircraft you want to see will be present. *** Paradise will have their new hand control P-1. A CTLS with the new Garmin 696 installed will be on display. An upgraded Remos GX will show…and the list goes on. *** One new LSA entry you’ll see will be the all-American Lightning LS-1 (photo) from Arion Aircraft. Though powered by Australia’s Jabiru engine the entire airframe is Made-in-the-USA. I flew a kit-built version and was highly impressed by its performance and handling. Lightning’s speed range was one of the widest I’ve ever experienced. Now a speed-limited LSA model is available. “With a climb prop to slow Lightning to LSA speeds, we’re seeing a solo climb of 1,800 fpm,” said Pete Krotje, head of the Shelbyville, Tennessee company. Surprisingly, this sleek package is available starting at $92,900 for all of 2009 production representing a significant cost savings over many comparable LSA. *** LIGHTNING UPDATE — 1/15/19: Testing to ASTM standards is going well, reported Arion. “Base equipment will be VFR 4 pack, Garmin SL-40 comm radio, EMS, Sensenich wood prop, intercom, ELT, electric flaps and trim plus tinted canopy. Nicely equipped with dual screen EFIS and transponder for around $105,000.” Arion will take $5,000 deposits at Sebring ’09 — held by a third party escrow service. Production starts in May 2009.