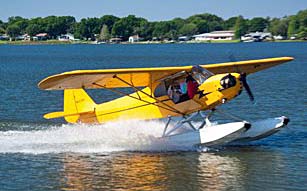 What?! No seaplane landings in New Mexico? Let’s ban all the boats then, too!

Edra’s biplane Super Petrel is considering entry to the U.S. market, but perhaps not in New Mexico. photo by David Barrie at PictAero.com 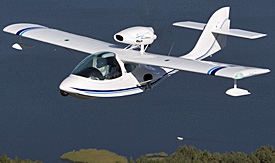 There’s been a hue and cry from the seaplane community over New Mexico’s proposed ban of all seaplane operations in the entire state! • Especially given next year’s rush of LSA seaplanes, this is doubly troubling. —DJ

The rationale for the ban, as put forward by the New Mexico Energy, Minerals and Natural Resources Department, would seem to be the danger to boaters from seaplanes landing on water, and the introduction of non-native, invasive species of flora and fauna into waterways in the state.

The Recreational Aviation Foundation and other organizations got the word out to seaplane pilots to send in their comments on the proposal. That comment period ended October 30th, and we’ll eagerly await the final ruling.

EAA and publications have decried the proposal by noting the literally tens of thousands of non-winged watercraft that all potentially introduce invasive species into the water every day in every state in the union. Does New Mexico plan to ban boats, cars, boat trailers, even people’s shoes, as well?

And the accident question is somewhat laughable. Over the last 13 years, as EAA notes, there have been a total of six fatalities from seaplane/boat collisions. That’s not New Mexico, but nationwide. One wonders what other agenda the New Mexico department had in mind when it decided to spend time and money going after seaplanes. The official pending legalese stipulates that seaplanes be prohibited from any water operations — taxiing, landing or takeoff — in any state park. That effectively means the entire state since all waterways are controlled by the New Mexico State Parks Division.

Richard Rofe, the North American distributor of the sleek amphibious SLSA, SeaMax sent out the following notice, edited here for space, to pilots and the appropriate officialdom in New Mexico:

“To Whom it May Concern — I am a concerned citizen and member of the Sierra Club who not only loves our natural waterways and works to protect them, but also enjoys them via boats and airplanes. I find it hard to believe due to the very small and dwindling population of seaplanes in the US that restricting the waterways in New Mexico is a serious topic up for discussion and possible legislation. The harm that boats can cause to waterways, if not properly regulated, is greater by a magnitude of at least 1000. The amount of damage seaplanes could or would do, is severely limited based on their limited number alone. Yet the few that do exist come in very handy during emergencies and surveying remote areas and offer the ability to reach locations that are hard to access by traditional means. It is also very important to note that seaplane pilots are overall an educated and environmentally concerned group that need the waterways to remain healthy more than the average citizen. I would prefer to see government work with, and not against, groups like this to educate versus restrict. I highly recommend education vs. the blanket closure of waterways as a way of protecting our delicate environment in New Mexico and the rest of the United States.”

In the lakes of upstate New England, you’ll often find signs, placards and brochures warning of introducing invasive species to the water, with detailed instructions on how to make sure boaters don’t inadvertently do so. Sometimes there’s even a volunteer or official manning a booth to make sure you’re not doing harm by inspecting your boat, kayak, canoe, trailer and so on.

Jim promises to update this post once this issue is finalized one way or the other. —DJ