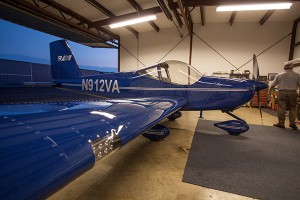 Imagine one of these in your hangar. 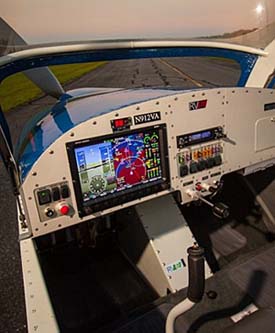 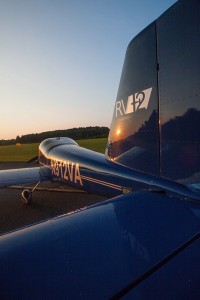 Put on them bibs, pardners, if you’ve got an appetite for one of the tastiest SLSA out there. Last year, Van’s Aircraft came out with its Signature Series, an even dozen fully built SLSA. They were assembled by Van’s kit builder support company Synergy Air of Eugene, Oregon. Now I’m not trying to set you up for a fall, but even though the company did just announce another 12 RV-12 batch, priced at $123,000 each (loaded), the odds are reasonable that by the time you read this, they’ll be gone too. My apologies for bringing good, then potentially bad news.

My pessimism derives from the last batch. See, they were snapped up so quick that the next 50 or so eager customers on the list — with checks in hand — were turned away. By the way, that $123,000 sticker includes ADS-B, two-axis autopilot, wheel pants, and premium paint schemes with pinstripe. The base model goes for $115,000. Don’t mope around just yet though: just in case there are some left, and you want one of the most spiffy, beautifully handling, comfortable low wing sport planes out there, don’t hesitate to contact Van’s … and have a $5,000 deposit ready to go just in case so nobody cuts ahead of you in line.

The Signature models came with all the available options Van’s carries installed, and in only one paint scheme. The new batch has seven paint schemes and buyers can choose whatever options they want, including Dynon SkyView avionics, LED lighting, and more. Van’s says its small batch approach is their plan for maintaining good service and providing accurate — and short — delivery dates — a major challenge of just about every aviation company that’s ever existed. Synergy Air meanwhile is a powerhouse company in its own right. The RV kit builder training center was formed by a band of successful previous builders and offers all kinds of video help online too, along with personal hands-on support for kit buyers who can come to Eugene. I used to live in Eugene, a fun college town.

Synergy Air-built aircraft have won a lot of major awards at airshows. Sounds like a good time for builders. If I had the bucks I’d be there in a hot second. I started an early Kitfox kit in 1984. But while I had help from friends old and new who would drop by the hangar intermittently, I had my fair share of problems, chief of which was my out-of-control perfectionism! A couple parts were out of spec too, which needed factory help to correct. End of story: that 400-hour kit became a 1,750-hour experience. Of course, those first kits back in the mid-80s have come a long, long way. I hasten to add in the intervening 25 years, Kitfox in particular has really gotten its act together. I hear the kits today are fabulous and a lot easier to build than mine was. If I’d had a place like Synergy to go to, I’m sure I would’ve whipped that puppy out in six months or less. Nonetheless, building an airplane is an unforgettable experience. I recommend it to anyone who likes to work with their hands.

Synergy Air is quick to let people know that builders who go there shouldn’t expect to have a kit built for them. Their operating philosophy is “to help builders learn strategies, techniques and skills” so they can build their own aircraft with confidence while having a lot of fun, and of course avoiding a lot of the pitfalls to which first-timers inevitably fall prey.