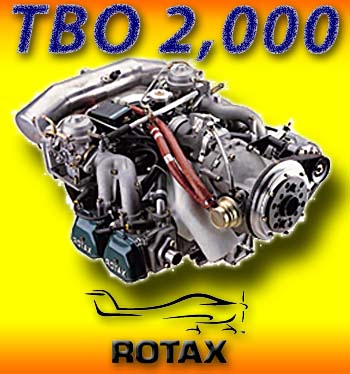 The Rotax 912 got off to rough start with the Diamond Katana. Mechanics were not adequately prepared so correct, proper maintenance was not always performed, for a time tarnishing the brand. Now, companies like Aero Technical Institute have trained many mechanics and maintenance is far better, burnishing the brand’s reputation.

No one doubts the leading position of Rotax engines among Light-Sport Aircraft. Of course, most European producers use the Austrian brand, but so do many U.S. builders even including Van’s Aircraft. However, despite their dominance, some GA pilots have scoffed at the brand, saying it isn’t a “real” aircraft engine partly as it didn’t match the 2,000-hour TBO (Time Between Overhaul) common to American brands like Continental or Lycoming. Well, that argument has evaporated. *** Rotax not only upped the TBO on its flagship four-stroke 912 engine, they even made it retroactive. Those following an optional Service Bulletin issued on December 14th can increase the life of the 912 they already own by performing what is essentially a detailed inspection; some older models may require some updates. (Click here for details.) The change applies to the 80-horsepower model, to the the popular 100-horsepower version and to the turbo-charged 914 model as well. *** As the company gained more and more field experience with their engine, they have gradually increased the TBO. Given the considerable cost of overhauling, a TBO increase represents a gain in value for all owners. In fact, used airplane prices depend as heavily on remaining time before overhaul; the longer the time remaining, the more value in the airplane (all other things being equal). *** Finally, as the long-term supply of 100LL fuel falls increasingly in doubt, the company notes, “The Rotax is designed to burn Premium 91 octane auto fuel with ethanol.”