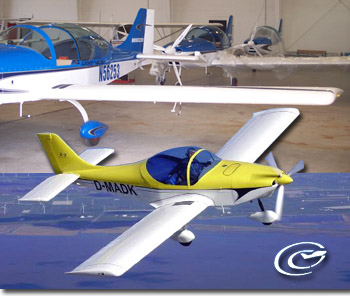 Come see the new Breezer II in the Sun ‘n Fun LSA Mall Hosted by LAMA. While you’re checking out this renewed German-designed and -built SLSA, you can have a look at 19 other top-selling airplanes including six not seen at Sun ‘n Fun before: Sting S3, Lambada, Gobosh G700S, Patriot, CTLS, and Paradise P-1.

They are lining up, literally, at Sportsplanes.com’s Plant City, Florida airport (PCM) assembly station. Michael Zidziunas — everyone calls him “Mike Z” — assembled three of the new Breezer II SLSA and arranged for DAR inspection. Mike Z is a well-known flight instructor and licensed mechanic working in the LSA arena. *** Last fall, at the AOPA Expo, Josh Foss of Sportsplanes.com unveiled the new Breezer II. The all-metal low wing was introduced more than a year earlier but disputes over the design rights and manufacturing put a halt to shipments. Since then, German designer Ralf Magnussen found a new investor, Dirk Ketelsen, a builder of windmills for electric power generation. They established a new 17,000 square foot plant near Husum, Germany (west of Hamburg at the North Sea coastline) where Josh reports they can build more than 100 aircraft a year. *** The Breezer II features a larger baggage compartment, an enlarged instrument panel, and heavy duty toe brakes replacing the handbrake in the earlier model. Sportsplanes.com said Breezer II “can be upgraded for night IFR, if flown by a private pilot or commercial pilot.” My experience with the Breezer I suggested the cross country cruiser could also do training duty thanks to very predictable handling.