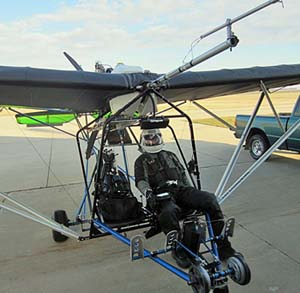 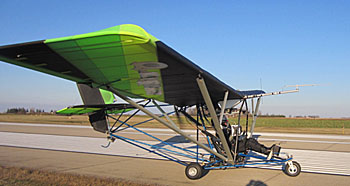 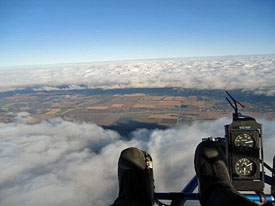 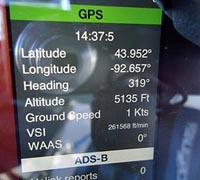 The Special Light-Sport Aircraft version of Quicksilver Aeronautics‘ popular Sport 2 model is completing efforts to gain FAA acceptance. An FAA audit is scheduled in December and the company announced it has completed the entire flight test regimen required to comply with ASTM industry consensus standards. A recent update to the standard now demands that a company must accumulate 100 hours of flight testing. Homebuilders expend some time to log the 40 hours required for an Experimental Amateur Built kit; this is two and half times as much. “We completed an entire ASTM Design & Performance standard test matrix,” said Daniel Perez, Chief Operations Officer for the California company. He also noted that those 100 flight hours involved 236 takeoffs and landings. These results follow a long period of other detailed testing and significant document preparation plus establishing the factory for repeatable, quality-controlled production of ready-to-fly aircraft.

Quiclsilver’s Sport 2S is a strutted, wide open cockpit, side-by-side two seater and will be the first Quicksilver aircraft to complete the entire compliance package. However, exactly 20 years ago, Quicksilver certified their tandem two seat GT 500 aircraft under FAA’s Primary Category. The ‘500 was the very first aircraft to achieve Primary Category approval in 1993. “[For the Sport 2S] we also had to demonstrate dive speed condition, which calls for flight greater than Never Exceed speed for the Sport 2S model,” observed Perez. Takeoffs and landings were demonstrated in cross winds beyond 15 knots. In addition, stability and control were demonstrated without problems over the full Center of Gravity range.” To achieve this, he noted that more than 50 stalls and 20 spins were performed with no abnormal characteristics.

Longtime Quicksilver sales manager Todd Ellefson raced to add, “We caution our thousands of aircraft owners that these are functions performed in a test environment and such excess speeds and maneuvers are expressly prohibited in normal operation of the aircraft.” Todd is a highly experienced Quicksilver pilot who flew the 100 hours of testing in the 2S. In meeting ASTM standards, Quicksilver was aided by consultants from Streamline Design, one of the industry’s professional engineering firms specializing in Light-Sport Aircraft and ASTM. Streamline’s Severin Kempf observed, “The pilot and platform handled well throughout the testing. We put the airplane through some hard maneuvers and some really hard landings. Everything went as planned. It was particularly interesting to watch this aircraft in a spin.” Severin worked on the extensive flight test program with Quicksilver’s Ellefson and added that Todd “was really good to work with on the flight testing.”

“Our success in achieving these solid results prepare us for a visit from several FAA officials scheduled for later this month (December 2013),” said Quicksilver Aeronautics President, Will Escutia. “If we gain the approval of the agency we are prepared to swiftly put the Sport 2S into production as a fully-built aircraft.” Quicksilver is now preparing for FAA’s audit visit (usually a team of 3-6 persons for three or more days). Assuming all goes well, the company will be head down working at entering the Sport 2S into production. For this reason they’ll be passing the Sebring LSA Expo this year but plan a public release of the highly anticipated SLSA at Sun ‘n Fun 2014. The event runs April 1-6 next year.

Update 12/18/13 — Watch our video with Quicksilver’s Daniel Perez to hear more about the work his company has put into meeting ASTM standards even on a well-proven design.