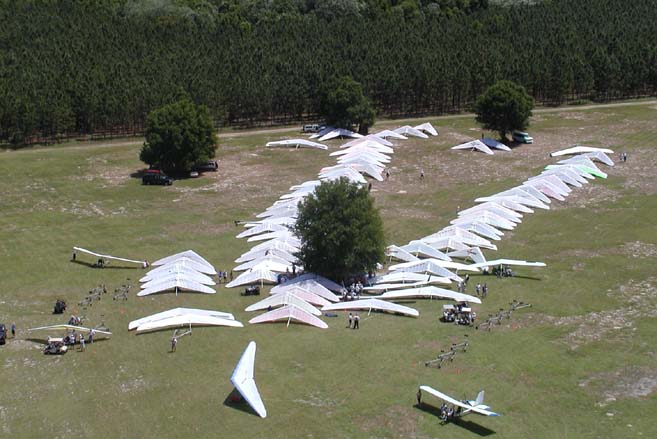 Forming two lines, the gliders stage for launch. As pilots judge the
conditions soarable, a rush to launch ensues. 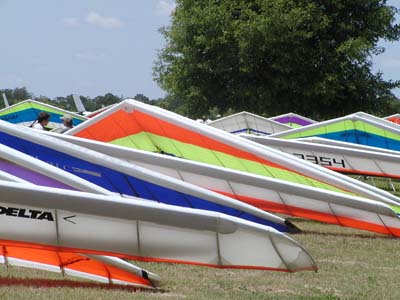 On hang glider lower surfaces, pilots often choose bright colors in a
throwback to the early years of colorful wings. 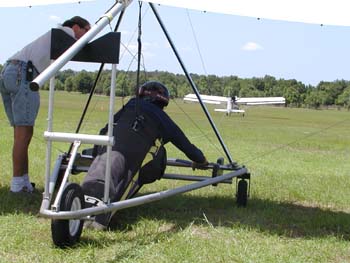 A pilot tells his wingman to signal the tug pilot that he is ready to launch from his cart. 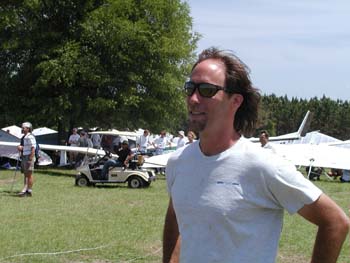 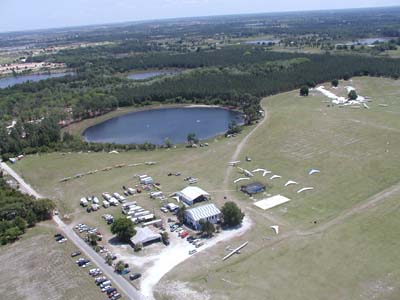 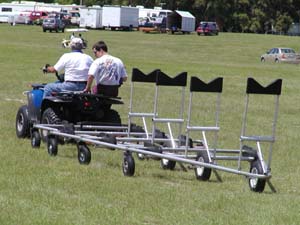 Running a meet with more than 100 world-class pilots means having enough launch carts (20 were available) and moving them to where they are needed. 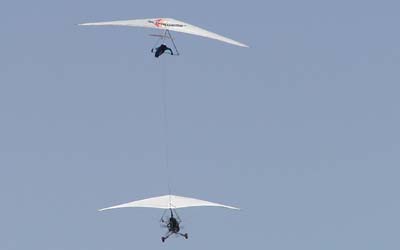 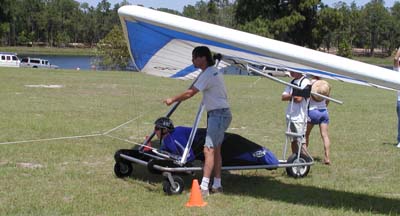 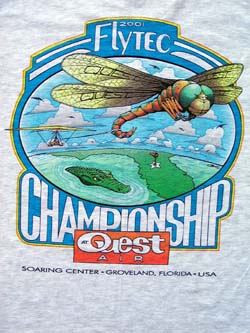