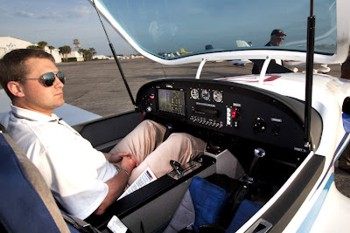 With Americans “on the grow”, how much room should LSA have? 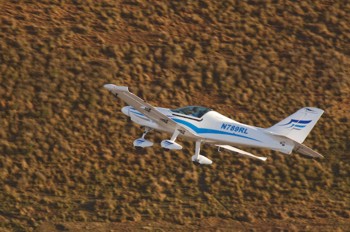 Renegade’s Falcon sports a 46″ wide cabin — “six inches wider than a Cessna 172” say the ads — but ever-larger people beg the question: what will be considered “tiny” 20 years from now? And do designers need to factor those trends into their designs…yet still feel the pinch of weight-restricted airframes? 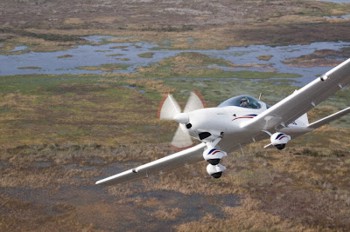 Barry Pruitt is a good sized guy and he’s showing plenty headroom ***  in the new Bristell Fastback, one of the more “commodious” LSA. 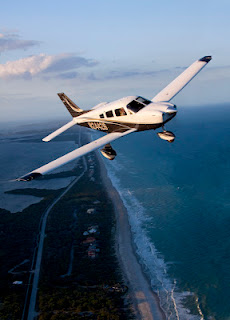 Could four-seat, ASTM-certified aircraft *** like this Piper Archer LX be in our future?

Supersonic flight pioneer and WWII ace Chuck Yeager is famous for using, if not coining, the term “pushing the envelope,” which has entered the popular lexicon for just about anything to do with growth and meeting challenges. *** In that vein, since the day the Light Sport category became a fixture of the aviation regulatory landscape, there have been calls to do everything from abolish it outright to expand it’s current parameter. The parameters invoked to arrive at the perfect light aircraft involve the Usual Suspects: faster, bigger, stronger, heavier, better load, no altitude restrictions etcetera etcetera etcetera. *** In that vein, I want to share with you some cogent email comments received from Plane & Pilot magazine reader Dr. Barry Gloger who puts forward a well-reasoned argument for reworking the LSA concept. *** Whether you agree or not with his point of view, it’s hard to refute his logic, since it’s based on his expertise in the actual physical size of the “average American.” *** And now for The Usual Disclaimer: his viewpoint does not necessarily reflect my opinion or that of the staff of P&P mag. |||| Rather than paraphrase his comments, I’ll let Dr. Gloger take it from here: “At 6 foot 4 inches and 250 pounds, this is a subject near and dear to me. As an orthopaedic surgeon, who designs joint prostheses, I am quite aware of the ever enlarging American body. There are numerous LSA that I literally cannot shoe horn my body into. Due to either height, width or weight restrictions, I estimate that most LSA could not fly with two top 50th percentile persons together — and big people tend to associate with other big people. That’s a huge market share that LSA cannot serve. *** “In addition to cabin width, I wish manufacturers would list headroom above the seat, so customers knowing their torso length or sitting height (measured from the ischium [sit bones] to the top of the head) could figure out if they’ll be able to close the canopy. *** “I cannot close the canopy of (many) aircraft and one plane, which advertises enough headroom for someone 6 foot 8 inches, has a well behind the spar. Sure, my head fit back there, but I could not even see the panel, never mind the fractured skull I would suffer in any hard landing. *** “Did you see the new Bristell at Sebring — it looks like a more commodious version of the Sport Cruiser — hope it is not as sensitive…” (My comment: I did fly the Bristell at Sebring — see my report in the next issue of P&P. It advertises sufficient headroom for a 6 foot 6 inch pilot, which seems to be a truthful claim based on my time in cockpit. *** “My major gripe is with the LSA rule is the rather arbitrary choice of 1,320 pounds as the maximum gross weight limit, a number seemingly chosen by the FDA, just because its metric equivalent, 600 kg, is a nice round number. FAA also took into consideration existing foreign “ultralight” aircraft that had already produced many designs at [a similar] weight spec. *** “In order to meet the 1,320-pound gross weight limit, manufacturers resort either to expensive components, such as carbon fiber, or build flimsy undercarriages. *** “The average American is no longer the 5 foot 7 inch, 155-pound individual as when the FAA and Coast Guard originally set occupancy/capacity/ergonomic standards. The 75th percentile man now weighs 200 pounds and no longer fits an 18 inch stadium seat. Imagine how much larger the LSA market could be if planes could be designed to meet all the other LSA requirements (such as stall speed, maximum speed, fixed prop, etc.) and yet safely carry a full fuel payload of 500 to 600 pounds. Perhaps you and your friend, Dan Johnson, could petition the FAA to modify the LSA rule. *** (AOPA, EAA and other orgs plus some individuals are pushing this effort on several fronts, along with the LSA-style driver’s license/self certify flight worthiness in lieu of a current FAA medical for lighter GA single-engine aircraft.) *** “Terrafugia is struggling to bring its drivable aircraft in at 1,320 pounds. [The Massachusetts company has received a limited exemption to seaplane weight of 1,430 pounds. —DJ]. Think how much cheaper it would be if their Transition did not have to meet this unnecessary weight restriction. So what are the chances of modifying the LSA rule? And for that matter how about creating an ASTM/FAA standard/rule for a cheap, inexpensive four passenger, Sport Pilot-eligible plane similar to the current crop of LSA airplanes? *** “That brings up the problem with LSA; they don’t have large enough payloads. I understand why the FAA and LAMA came up with the requirements that a LSA shall be a passenger plane that stalls at 45 knots max, flies at 120 knots max, has a single engine with fixed prop and landing gear. [LAMA had nothing to do with these decisions. —DJ] *** “But they should have stopped there… left the gross weight unspecified, so manufacturers would have the flexibility to design planes with full fuel payloads of 500 to 600 pounds. Yes a plane heavier than 1,320 pounds has more kinetic energy and momentum, but that has no effect on safety unless you crash into someone’s house. *** “So I propose that the FAA revise the LSA rule to eliminate max gross weight restrictions, replacing it instead with standards governing landing forces, wing loading, or whatever design parameters are needed to produce a docile plane that doesn’t break up in routine flight or hard landing, maintaining the important restrictions of a two passenger plane that stalls at 45 knots max, flies at 120 knots max, has a single engine with fixed prop and landing gear.” *** Thank you Dr. Gloger. There are many, many ways to go at this argument both for and against such a proposal: we could fill a magazine several times a year just with this topic alone.Update 3/24/12 — In addition to other comments inserted above, this very subject has often been debated at ASTM meetings but the responsibility for any such change, as well as the original rule, resides solely with the FAA —DJ