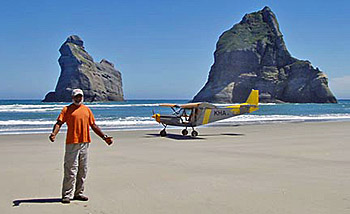 New Zealand is a land of great variety from mountains to beaches. 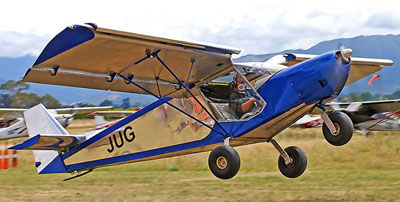 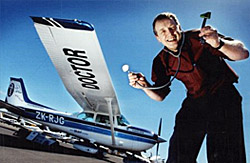 Among Light-Sport Aircraft enthusiasts, certain qualities of our wonderful airplanes are compelling. While fuel efficiency is high on the list as are great visibility and modest prices, another characteristic often rises high in the minds of aviators: STOL, shorthand for Short Takeoff and Landing. Now honestly, virtually all our aircraft exhibit much shorter takeoffs and landings than nearly any general aviation airplane, owing to the light weight and high power-to-weight ratio of LSA. However, even among the standard good performance, some machine rise more quickly than others. For decades, Zenith Aircraft has sold the CH 701 and now the CH 750 that offer some of the best short field performance of any light plane. Recently the company described an event down under (where it is summertime). “Down under” in this case means New Zealand.

Every year pilots gather in Omaka, New Zealand for the Healthy Bastards STOL Competition. This year Zenith reported their aircraft took first and second place in the microlight or LSA 1,320 pound category. Third place went to a Carbon Cub while a pair of Rans — S7S and S6S — took fourth and fifth place. Altogether 41 aircraft joined in the competition. Sebastien Heinz, president of Zenith Aircraft, congratulated the winning pilots, Deane Philip and Jock Struthers. “The STOL CH 701 is an easy airplane to fly with its tricycle configuration, side by side seating and superb visibility.” Heintz said. “Those factors enhance any pilot’s chances in a spot landing competition. [Our 701] continues to offer outstanding performance even when compared to special-purpose tube-and-fabric taildraggers.”

Why is the contest called “Healthy Bastards?” Zenith explained that it is named after a video produced by a flying doctor service in New Zealand. The video is said to capture what “people on the street” think about health and what actually makes a “Healthy Bastard.” The video, offered for sale, also gives viewers an insight into the magnificence of New Zealand and some of the unusual but wonderful people that live in the country. It addresses Dr. Dave Baldwin’s mission of trying to find “the healthiest bastard in the bush.” The video was developed from book “Healthy Bastards” both of which combine not-politically-correct humor with serious health messages. Zenith warned, “Beware, as this movie ‘ain’t for the faint hearted’.”

See the in-flight video below to see how short takeoff and landing was when done by winner Deane Philip in his Zenith STOL CH 701 at the annual “Healthy Bastards Bush Pilot” contest.