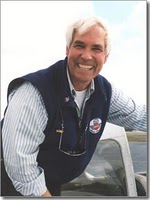 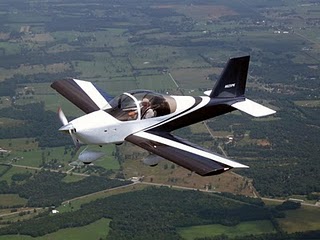 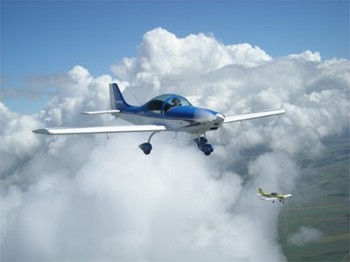 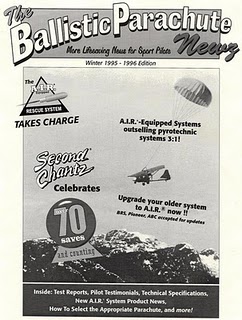 Time to pick up a few notable quotables from the world of LSA. *** Winter is alas now upon us — here in upstate NY, temps in the week ahead will never crack 30. *** So what better way, fellow propheads, than to scan the skies for things to think about as we don our ‘kerchiefs and caps for our long winter’s nap?Life on the Home Front: Doug Stewart, 2004’s CFI of the year, has donated his time to give an underprivileged young man some free flight lessons in a (pre-PiperSport) SportCruiser. Good on yer, sir! And not a bad way to be introduced to flight either, eh? *** Downside of the story is a landing accident involved a renter of that very same ship: The nosegear collapsed, totaling the airplane! Bummer… but it was insured and nobody was seriously hurt, sez Doug. *** *** He’s a Real Everywhere Man: Our good friend and Light Sport virtuoso Dan Johnson has been a busy boy lately, fleeing the advancing snowflakes of his longtime Minnesota home with bride Randee to take up fulltime snowbird status at none other than Spruce Creek aviation community: lucky dawg.Hardworking Dan also did an excellent writeup on a lovely Rans S-19 we saw at the Midwest LSA Expo. Neither of us recognized the airplane at first due to cowl mods to wrap the custom Jabiru engine power. *** It’s in the latest issue of Light Sport and Ultralight Flying, published by another good friend Tracy Knauss, whom I first met as a contributor to his Glider Rider magazine (for hang glider drivers), back at the dawn of time. Tracy, a man of many talents and master of them all, puts out a very nice book that sport pilots should check out, especially if you’re also interested in ultralight flying. *** Back to Dan: This guy’s everywhere! He also just completed the first organized international flight of a group of LSA to the Bahamas (Plane & Pilot Publisher Mike McMann went on that trip — I couldn’t make it, boo hoo), and Dan also wrote a nice piece for GA News on Able Flight, a volunteer org that helps disabled folks get air time. *** Mike Zidziunias of Breezer Aircraft helped put the whole Bahamas thing together and it was a big success.Second Second Chantz: Another old friend and longtime light-flight expert, John Dunham, is going strong again with his Second Chantz ballistic recovery system company. Rather than rehash John’s checkerboard career and latest entrepreneurial endeavor, it’s all at the link above. *** Check it out: John’s company has produced more than 4,000 chutes and he’s back in the game running the company after selling it some years ago.