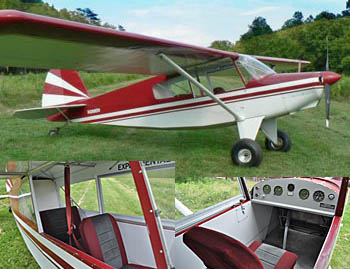 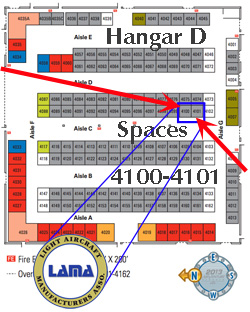 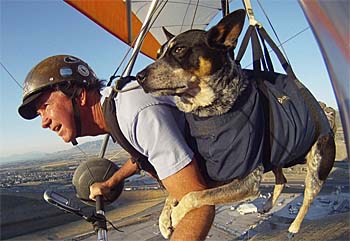 WSJ CAPTION: “FLYING SHOTGUN: Dan McManus, who suffers from anxiety, and his service dog, Shadow, flew in a hang glider near Salt Lake City, Utah, Monday. The two have been flying together for about nine years.” photo and caption appeared in the July 23, 2013 issue of the Wall Street Journal (circulation: about 2.4 million)

Recently, our good friends over at General Aviation News reported on the Bearhawk LSA. If you don’t receive GA News’ “The Pulse of Aviation,” I urge you to sign up for it right now (it’s free). Aviators are lucky to have several online news outlets — AVweb, ePilot, eBrief, and eHotline, plus some excellent news websites — but I always anticipate “The Pulse” as I’ve come to admire their speed and rely on their professional journalism. That said, in their recent article they used the phrase “Bearhawk LSA,” no doubt as that’s the way the Austin, Texas company described their model. This is a common error and is worth a short review. An aircraft is only a “LSA” if it has met all ASTM standards and been accepted by the FAA. An aircraft that meets all the parameters of an LSA (weight, speed, etc.) can be flown by someone with a Sport Pilot certificate, making it “Sport Pilot eligible,” to use a phrase coined by EAA’s Ron Wagner. Such an aircraft is often an Experimental Amateur Built (EAB) aircraft. This is the case with the Bearhawk. We’re happy they fit this model variation to the LSA parameters so it can be flown by someone with a Sport Pilot certificate. However, it is not a LSA and cannot be used for instruction or rental. “Bearhawk LSA” has a good kit price and you can see more at Bearhawk’s website at kit info.

If you are one of the many thousands that get to attend AirVenture Oshkosh, I want to encourage you to swing by the new Light Aircraft Manufacturers Association (LAMA) display. No, this is not the LSA Mall as it has been for several years. LAMA is now moving inside, to Hangar D in spaces 4100-4101. Enter north or south, look for the center isle on the southern end of the building. In this location, I think you’ll see some things of interest as LAMA attempts to help the LSA industry further spread the word about these light aircraft. Since full-sized aircraft never appear inside EAA cavernous display hangars, LAMA will use three visual presentations to show the industry’s aircraft. • A slide show will review “20+ Reasons to Buy an LSA.” • A video show will feature leading aircraft in flight and in detail. Yet the main attraction may be • a holographic display. My guess is you’ve never seen such a display at an airshow because I’ve never seen such a thing and I’m a airshow regular. Supported by Aviators Hot Line, LAMA will have this (apparently) first-ever presentation at AirVenture and my guess is you’ll want to come by for a look. The LAMA booth will be staffed by folks from LAMA, the Sebring LSA Expo, the Midwest LSA Expo, and Powered Sport Flying magazine. These folks can help you find an LSA exhibitor anywhere on the grounds … assuming you can pull yourself away from that holographic display.

This last bit really isn’t about flying a state-of-the-art Light-Sport Aircraft. As a hang glider pilot for more years than I care to count, I always tune in to news or photos about this exciting way to soar. I also love it when flying is presented positively in mainstream media. Yesterday’s Wall Street Journal, which always has a worthy series in their “Photos of the Day” section, carried the photo nearby showing hang glider pilot Dan McManus and his service dog, Shadow. You can read the WSJ’s caption for yourself but as a longtime hang glider pilot, I’d say this sort of flying might truly be a good way to combat anxiety (despite what non-hang glider pilots might think). As a dog lover, too, flying with man’s best friend sounds quite special. I love the way Shadow appears to be suggesting a left turn while he keeps his eyes on the horizon. While I found this particular photo of interest, anyone who loves flying in any form should find whatever lifts their spirit at EAA AirVenture Oshkosh 2013. It sounds like plenty of news will occur and we hope to see you on site!