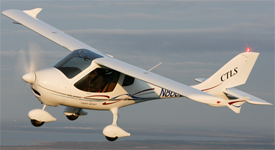 Flight Design has a new and improved warranty. 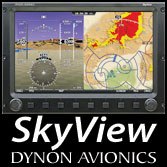 SeaRey will host a customer workshop.

EAA made many changes to employment recently.

Sebring kicks off the new year on January 19-22.

Aviators Hot Line will help LSAers fly to the Bahamas.

INDUSTRY BITS — Flight Design has a new warranty program that should entice buyers. Called the XP (eXtended Protection) Warranty. The German company is extending the warranty without cost and even lengthening the Rotax engine warranty beyond what the engine producer offers. Of course, some conditions apply, but this is a strong move to assure buyers of their aircraft that Flight Design means to support customers in a professional manner. *** As part of its focus on premium service for its aircraft customers, Flight Design USA linked up with Dallas aviation dynamo US Aviation. This fast-growing aviation enterprise (and, yes, you read that correctly… growing) has a expanding presence on the Denton airport (DTO). They will now be an official factory-authorized service center for Flight Design. The Texas company offers such service for several LSA brands and has a dedicated facility for this work.

|||| Dynon will be holding 3.5-hour classes at Sebring to help users of their SkyView Synthetic Vision glass cockpits better use these very capable devices. Darn it. At airshows, I don’t have the luxury of time to attend such a long class. Yet, lucky me! The west coast company is holding a couple classes before Sebring near my home on the big Spruce Creek Fly-in airpark. More on this after I go through the class.

|||| SeaRey is holding an owner/builder’s workshop and open house at their lakeside factory near Tavares and Leesburg, Florida. The timing will appeal to folks on their way to the Sebring Expo starting the day after SeaRey’s open house. Of all the LSA seaplanes, SeaRey has by far the largest number of actively flying aircraft (nearly 600).

|||| ASSOCIATION BITS — EAA pulled the trigger a major restructuring, announcing the departure of several leaders including VP Adam Smith (formerly their museum director), ace aerial photographer Jim Keopnick, Young Eagles director, Steve Buss, and video chief, Rob McAllister. *** All totaled, the Appleton, Wisconsin newspaper reported online that EAA, “…fired or laid off nearly 30 people Thursday (January 12th) as part of a restructuring plan that eliminated some positions and created new ones.” Interestingly, the paper also reported, “Miracle on the Hudson co-pilot Jeff Skiles… will serve as vice president in charge of chapters and youth education.” Additionally, “…the organization [will] conduct a search for a vice president of marketing.” And finally, “EAA also created a new vice president position to oversee its annual AirVenture event, but the position has not been filled.” In a special emailing, Flying magazine reported, “EAA also reportedly eliminated its electronic publications department.” *** My guess is some heads are shaking in Oshkosh. As I worked with many of these good people during the 2004-2006 period, I want to wish all departures the very best as they move forward.

|||| SEBRING BITS — Aviation big shots will be plentiful at Sebring with visits from AOPA President Craig Fuller (back for his second year in a row; he spoke at the LAMA Dinner last year); GAMA President and CEO Pete Bunce who will again meet with industry leaders; and EAA President Rod Hightower who will address the LAMA Dinner in 2012. Who knows? Maybe other luminaries will join the parade. *** Sebring has many new features this year as it switches management. One is a proper send-off to a group of LSA pilots who will fly across the ocean to the Bahamas on the last day of the show. Aviators Hot Line and a group of sponsors are preparing for the second LSA fly-out to the island nation. I went last year to find it riveting to fly out of sight of land and then to enjoy the magic of the Bahamas, which is a very airplane-friendly destination.

Sebring is going to be very interesting this year…!