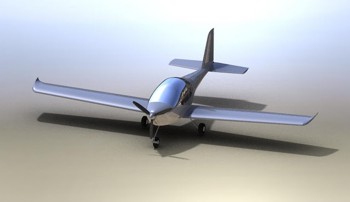 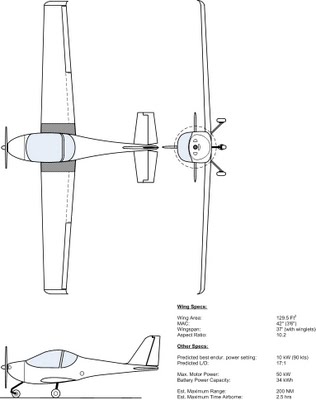 Stephan Boutenko has a big vision…and he’s taking it to E-street. *** Anyone familiar with Bend, Oregon’s Lance Niebauer, the successful Los Angeles graphic artist who decided to design an airplane and spawned the highly successful Lancair series of homebuilts, which evolved into the production Cessna Columbia composite four-seater, should check out another Oregonian with a big dream: Stephan Boutenko. *** He’s boldly going directly to the internet for public contributions to fund his electric S-LSA. The company name is Alternair, and the airplane is simply called the Amp — perhaps an unintentional play on the word imp, because it is a cute little thing…but with big dreams in its electric heart. *** A professional pilot and Embry Riddle grad with an Professional Aeronautical design degree, Boutenko hopes to progress the current electric-powered aircraft technology beyond demonstration-style or exotic motorglider models. *** The Amp, still in the design stages, will perform comparably to the current crop of gasoline-powered LSA…at as little as 80% lower direct operating costs. And maintenance costs, he says, should be almost negligible compared to the fuel-powered airplanes of today. *** The low-wing trike will run on a 50 kW (68 hp) electric motor powered by carbon nanotube lithium polymer batteries. Expected endurance is anticipated at two hours, pretty much at the leading edge now for similar ventures such as Calin Gologan’s one seat, one-wheel production taildragger, the Elektra One, a soon-to-be-produced electric which flew at Oshkosh before thousands of delighted showgoers. Cruise will be at 90 knots with a 30-minute VFR reserve. The wings will each carry battery packs, as well as another behind the seats. *** The designer/entrepreneur even plans to use an “aerolastic” prop that flattens in pitch for climb and relaxes to take a bigger bite during cruise, just like a constant speed prop…but without all the requisite hardware. *** Sophisticated power management electric systems and the latest glass panel avionics will echo typical LSA specs and performance: 1320 lbs. Gross weight, 440 lb. payload, 600 fpm climb, 43 knot clean stall, 39 knot stall with flaps. *** Oh, and the span will be 37 feet, to add some motorglider-like efficiency but still keep it close to the typical LSA planform of 30-35 foot span. *** The plan is to get $250K of investment capital to build the prototype Amp and take it globally to all the major airshows. All donations starting at $25 are welcome…here’s your chance to get in, literally, on the ground floor and help an American company build a competitive electric-powered airplane.