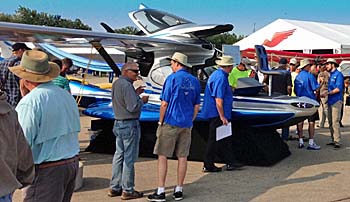 More than 2,500 people had some hand in building this Zenith CH-750 in a single week of AirVenture 2014. The aircraft flew shortly after the show ended. photo courtesy EAA 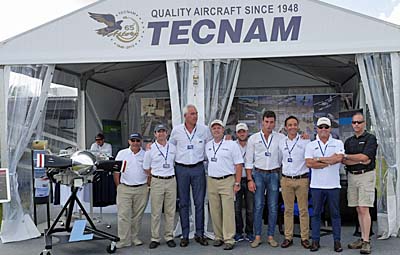 Tecnam enjoyed a strong show of sales as did several other vendors in what appears to be a much-improved 2014 market. 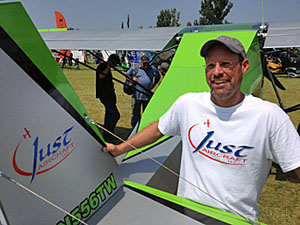 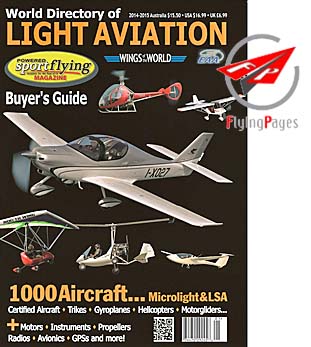 The largest directory of all the world’s light aircraft is out with a fresh edition.

Summer’s big show is over and most aviation business folks are back home having that love/hate affair with email that piled up while we worked the event. On whole, the success story is strong. Airplanes sold, crowds were good, accidents were few, and the weather was not smoking hot like it has been in years past (though brief rain showers kept folks dashing for cover on occasion). EAA says attendance was up from last year, that the numbers of airplanes was higher, and that campgrounds reached capacity by midweek. EAA’s special 10th Anniversary of Sport Pilot/Light-Sport Aircraft Exhibit drew well all week with 17 aircraft representing all sectors within the SP/LSA space. Visitors could hardly miss the wonderfully central space AirVenture planners offered for this one-year display. With the front corners presenting a bright green Van’s RV-12 plus the freshly debuted MVP seaplane attendees were practically compelled to wander the space and see all the flying machines.

Big Light-Sport and general aviation aircraft producer Tecnam reported good sales success at AirVenture Oshkosh following on their strong performance at Sun ‘n Fun when they also announced their U.S. base at the Sebring, Florida airport. Tecnam said they processed three orders for their Twin multiengine trainer and sold two P2008 and one G5 Eaglet Light-Sport aircraft. Officials from the Italian company noted especially strong interest in their new P2010 four seater in development under EASA and U.S. Part 23 rules. They forecast a product debut for the American market in the “near future.” Twenty Ten’s large cabin, front and rear passenger doors and comfortable interior along with Garmin avionic packages should interest many GA pilots thinking of something newer than their aging legacy models. ••• We didn’t survey vendors about sales at the show but generally heard 2014 is a markedly improved year and we conducted about 40 new video interviews with many company leaders. One of those regarded the Bushcat on floats. Their folks reported two ready-to-fly LSA models and a kit sold at the event.

Just Aircraft continued to turn heads and drop jaws with their impressive SuperSTOL’s amazing performance. The company reported that partner and key designer Troy Woodland (photo) was selected by the EAA for the prestigious August Raspet Award in 2014. This honor is given annually to an individual who has made a significant contribution to the field of light aircraft design. “Woodland began designing in the 1990s, but it was his SuperSTOL that set him apart as he explored new technology in the design,” said Just. SuperSTOL features self-adjusting slats on the leading edge of the wings, Fowler flaps, hydraulic strut landing gear with more than 20 inches of stroke, and a locking, shock-absorbing tail wheel. Troy is currently in the process of refining spoilers that deploy with the ailerons to increase roll response, especially at very slow speeds. The SuperSTOL also include tundra tires to cushion landings at very high angles of attack. Woodland follows earlier winners such as Curtiss Pitts, Burt Rutan, Dick VanGrunsven, and Pipistrel. “It took a while for the meaning of the award to sink in,” said Woodland, “but then I realized that I’m joining a very exclusive club and it is truly a humbling experience.” Troy refers to the tough, bush-capable SuperSTOL as his “creative effort toward making airports optional.” Congratulations, Troy!

Plenty of Light-Sport enthusiasts who attend airshows have come to know a man in a blur of motion: Willi Tacke. A German with a quick smile and seemingly boundless energy is a magazine impresario for the light aircraft set. He publishes several magazines and does so for English-speaking markets along with editions for French, German, and Chinese enthusiasts. At AirVenture 2014, some of us saw the first copy of the World Directory of Light Aviation 2014/2015 (WDLA). This thick publication with 268 full-color pages provides images, descriptions and technical data for more than 1,000 aircraft including ultralights, microlights, LSA, gyrocopter, ultralight helicopters, certified aircraft, kit aircraft, weight shift trikes, gliders, motor-gliders, instruments, engines, propellers, and accessories. Readers can find addresses of manufacturers, importers, associations, flight schools, and more; several indexes help you sift through the mass of information. WDLA is published in four languages: English, French, German and Chinese. You can buy it through shops in many countries and by mail order; find out more at Flying Pages shop.