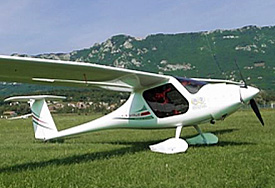 Pipistrel has been grounded while FAA determined where the aircraft are manufactured. 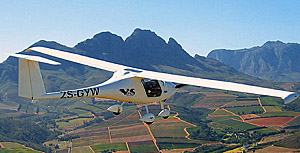 Two days ago, Aero-News Network was first to break a news story (“Stupid Fed Trix”) about FAA blocking Pipistrel from the ability to get Airworthiness Certificates for aircraft awaiting customer delivery. The problem was not a new model FAA had never seen. It was for models already in the country and flying with typical LSA approval. The problem? FAA didn’t seem sure where those LSA were made and in the arcane world of federal government approval, a LSA cannot be built in a country where FAA does not have an understanding with local aviation authorities called the Bilateral Safety Agreement (BSA). Bored yet?

*** Maybe… but if you were one of the customers who paid for an aircraft that you could not fly, you wouldn’t be bored. You’d be mighty unhappy. You paid for it. The aircraft has no problems except for the BSA issue (which cannot make an existing aircraft any safer). Your plane is in country. Yet it sits, ground-bound.

*** Fortunately, the news got better and this may be almost entirely due to media shining a bright light on the subject. While we all grouse about media of all kinds distorting the facts, showing a bias, or other stupid “trix” of their own, media has a role in society and this story shows it clearly. Kudos to ANN editor Jim Campbell for flicking on the big searchlight.

*** At the close of business yesterday FAA issued the following statement, which we only edited to show the correct spelling of Pipistrel: “Earlier this year, Pipistrel’s Italian-based light-sport aircraft subsidiary submitted an application to the FAA for special LSA airworthiness certification on a Taurus 503 motor glider. The FAA wanted to ensure that the application included sufficient proof the aircraft were built in Italy. We now believe we have sufficient evidence that the aircraft are manufactured at the Italian facility. We will contact Mr. Coates of Pipistrel to resolve the remaining issues. In describing the various aspects of our inquiry, staff anecdotally indicated that the Pipistrel LSA s.r.l. facility was not visible on Google Earth, but that was not an official factor in considering the application.”

*** Now those Pipistrel owners will get some air under their wings and the Pipistrel dealers, importer, and factory can get back to business. I can hear the “Whew!” loud and clear.