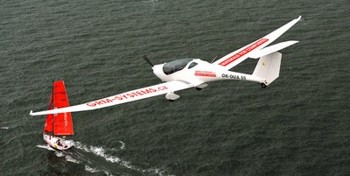 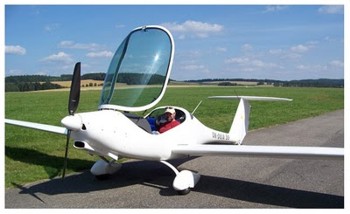 Caught up with Jim Lee recently to find out what’s up with the Phoenix motorglider I wrote about here a few weeks back. *** The good news is his full time devotion to making Phoenix the Next Big Thing in LSA motorized soaring flight.  He’s renamed his Urban Air company Phoenix Air USA. *** Believe me, if you haven’t tried a motorglider, you’re missing one of aviation’s greatest experiences. *** Imagine cruising along as fast as 115 knots on a thermally active afternoon.  Up ahead, a big, white cumie cloud with a flat, gray bottom presents an irrestible invitation. *** Here’s where the fun starts: as you get closer, you turn off the engine, feather the prop, trim up for minimum sink, and start looking for the lift under the cloud.  In a minute or two your search is rewarded with a good, strong push under the left wing – That’s lift calling your name! *** You quickly bank the Phoenix left, the vario starts singing, and up you go toward cloud base.  Yee haw! *** After an hour or so of working the lift and drifting downrange, you flip a couple switches, turn the key, and the Rotax 912 ULS hums to life and off you go. *** For a real (not imaginary like this one) flight report, read Jim’s right here.  He compares the Phoenix to the Lambada, which it essentially replaces as that airplane is no longer in production. *** Jim seems to like everything about the Phoenix, including it’s 15-meter span, excellent sink rate, and the economical long range cruise given its beautiful all-composite streamlined shape. *** I’d hoped to fly the Phoenix at Sun ‘n Fun last April because I fell in love with the Lambada.  But delivery to the U.S. was delayed. *** Now, sez Jim, two are on the boat from Europe, with another coming soon after. *** Even with current sluggish LSA sales numbers, there’s little doubt this is one airplane to watch: if it’s even a bit better than the Lambada I flew, as Jim claims, anybody with a hankering for motorized gliding flight will be smitten too. *** BTW, Jim is no longer representing Evektor in the U.S. (more details on Evektor’s direct marketing plans soon, as I receive requested details from the Czech headquarters.) ***     —photos courtesy Phoenix Air USA