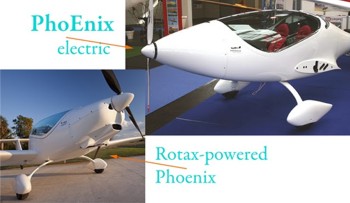 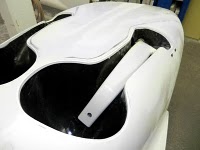 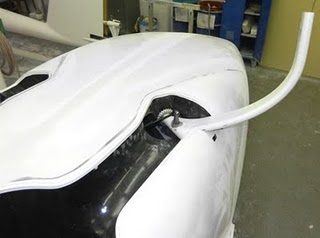 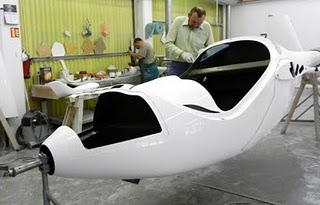 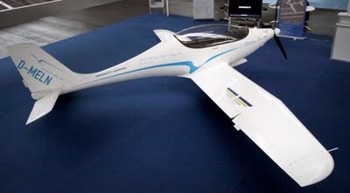 Scoop time! *** I’ve been having so much fun lately writing the electric flight article (now rescheduled to Aug. issue of Plane & Pilot) that it’s bringing electrifying news from the universe to my email inbox. *** Jim Lee, that hard working, happy-flying distributor for the Phoenix motorglider I was gobsmacked with at Sebring, told me today about the PhoEnix all-electric version of the Rotax-powered motorglider that is selling like hotcakes here and abroad. *** Here’s some of what he had to say: “Reporting from the Czech Republic where I am spending 2 weeks assisting in the production of our new electric PhoEnix. The weather has been great… soaring 5.5 hours in the last two days… I see that your blog has sort of turned into an electric blog lately, so that gave me the idea to report to you first on our electric project. Orders for the Rotax Phoenix are pouring in, so we had better stop flying and start working.” *** Oh, for that challenge: to fly, or handle orders for your aircraft! *** Here are excerpts from the blurb Jim sent: • Our Phoenix SLSA glider won the 2011 Sun ‘n Fun Outstanding Fixed Wing LSA award (with congratulations to all, Jim!) • PhoEnix has retractable gear, variable pitch propeller, a modified Discus wing, and a new super streamlined fuselage. (photos) • The prototype PhoEnix debuted at Aero Freidrichshafen in 2010. • PhoEnix proto number two is about to begin first test flights! • “Phoenix Air believes that the attributes of the PhoEnix will give it the winning edge in the Green Flight Challenge.” *** Check the Challenge link above, or here’s the short tell: • Team aircraft must fly 200 miles in under two hours using the energy equivalent of one gallon of gas per occupant. *** So far, 13 teams have entered, including Jim Lee in the PhoEnix. Not all will show. *** Location: • Sonoma Co. Airport, Santa Rosa, CA, and don’t I wish I still lived in Santa Barbara so I could go! • Date: July 11-17, 2011.*** The Kicker: Prize money is $1.65 million! The award is sponsored by NASA, which wisely realizes there are lots of innovations coming directly from grass roots aviation and it wants to cull the best.Some of the competitors: • Greg Cole/Windward Performance’s Goshawk, a 50-foot span electric two-seater • PC Aero’s LEAP award winning Elektra 1, single seat electric • Scott Sanford/Yuneec is listed with the E1000, 4-seat electric, but don’t expect to see that as the company’s President Tian Yu just announced it at AERO and there’s been no word of even a mockup, much less a prototype… although wouldn’t it be super cagey for it to show up with four people on board, (which would allow the energy equivalent of 4 gallons of fuel?) • Eric Raymond (known for Sunseeker solar-powered sailplanes) with the eGenius two-seat electric sponsored by Airbus. • The Taurus Elektro G4, sode by side electric motorglider. *** Clearly, the minimal battery storage capacity of current technology is not diminishing enthusiasm… not to overlook the go-for-it stimulus of a 1.65 megabuck prize either. *** Good luck all! This ought to be a history-making event.