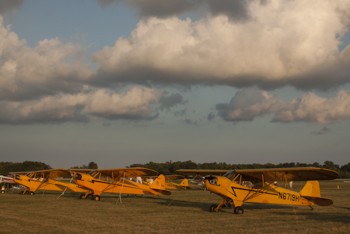 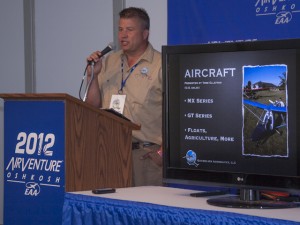 Todd Ellefson of Quicksilver talks about the company's move into LSA 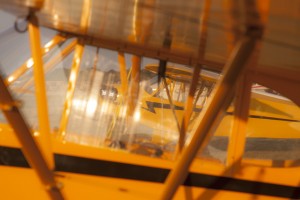 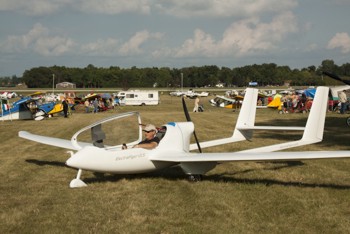 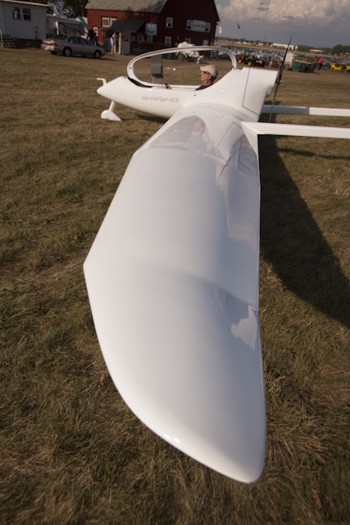 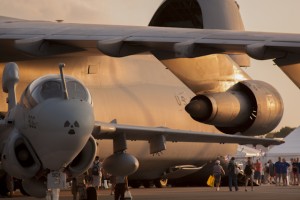 Just put in my first day at the show, only doing 3 days this year, plus a layover day to pick up any after-show-convenient flight reports. *** Todd Ellefson, Will Escutia and Daniel Perez and the new owners of Quicksilver, the venerable ultralight company, announced it will pursue ASTM conformation certification for two of its time-proven models, the GT-500 and Sport 2S, as S-LSA and E-LSA. Quicksilver has sold more than 15,000 aircraft over the years, and has one of the most beautiful, slam-dunk, bolt-together kits you’ve ever seen. I built several in the early 1980′s: absolutely impeccable, easy-build kits. *** The FAA verification process has already begun toward offering models as Experimentally Amateur Built kits as well, which will allow two-seat former Ultralight category Quicksilver models that were phased out when the Light Sport Aircraft category came into being to have a home again. *** Although a good percent of the many, many Piper Cubs have gone home, there is still a distinct marigold presence of dozens of the classic bird that brought civilian flying almost singlehandedly to the nation back in the ’30s and ’40s. *** I had the pleasure of speaking to several Cub owners for an article I’ll be doing to celebrate the 75th Anniversary of the wonderful Cub. Great folks one and all. *** Randall Fishman, that intrepid electric-powered aircraft entrepreneur, debuted a new electric-powered Ultralight motorglider, the ElectraFlyer ULS. I spent a good hour plus talking with Randall and will share more as time and sleep needs allow. Herewith a few pictures and comments: *** Capable of one or two hours of sustained flight; a beautiful, twin-boom, all-carbon fiber composite airframe; 20 hp equivalent electric motor in pusher configuration; 24:1 glide ratio; lands less than 24 mph stall; built and tested to +4-2G utility load in Czech Republic; steerable nosewheel; flaperons; dive brakes; takes off in 250 feet or less; sink rate middle 200 fpm range. *** And it’s in production now with 90 day delivery, available also with gasoline power. The production prototype I saw is just slightly on the rough side, but mostly little cosmetic touches still need polishing off. Randall, if he can get production out of his overseas airframe builders, could have a winner on his hands: a viable electric aircraft, not a vaporwing, and for $59,000. I wish him luck. He ran up the engine. The carbon fiber prop sets up a nice fluttering sound, like a fan, when sitting still but Randall says when moving it’s quiet. I thought it was quiet just running up on the ground! *** The beautiful, slightly dihedral, compound-tapered wing is evocative of the Phoenix S-LSA motorglider. Keep your eyes on this one, it may end up being the first electric airplane that’s really for sale in America.