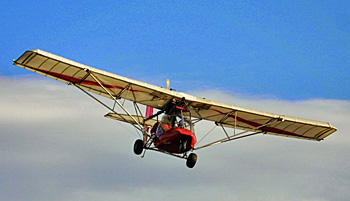 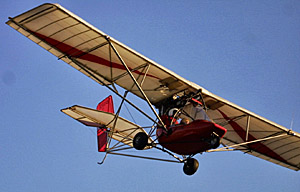 Elements are basic components of nature. I intend Oshkosh Elements to be great ideas that are not airframes or engines. I found a few activities or ideas worthy of inclusion in this multipart series. To begin, many folks understand various forms of competitions happen at these big shows. Many aircraft are judged for their building or restoring achievements. Others participate in races or airshow routines. And, of course, all vendors compete for the dollars of visitors. In another informal competition, aircraft vendors try to deliver lots of demonstration flights. I’ve heard tales about this for years. At AirVenture 2013, Progressive Aerodyne‘s Kerry Ritcher, designer and pilot extraordinaire of the SeaRey, told me about flying so many demo flights in 2012 that his team brought him sandwiches to wolf down in the airplane while they loaded another person in the passenger seat. He didn’t even have time to get out for a stretch. We didn’t discuss how he, ummm … got rid of all the water he consumed.

For AirVenture 2013, the demo king was surely M-Squared Aircraft‘s Paul Mather. A veteran of airshows, Paul often does this routine. Indeed, at Sun ‘n Fun 2013, he was the preferred choice to take aloft Sun ‘n Fun top dog, John “Lites” Leenhouts for his first flight in an “ultralight” or Light-Sport Aircraft. I’ve heard folks (like Kerry Ritcher above) talk about the number of demos they did all week long and 30-40-50 is a lot! Most don’t do as many. Paul Mather reported “more than 100” in six days of Oshkosh this year. Hitting triple digits is, so far as I know, an all-time record. That’s better than 16 per day, every day. Whew! “I put more than 14 hours on my plane this year,” noted Paul. To reach such an impressive figure, Paul carefully metered his flights. Each was between five and six minutes long. Others who do demo flights often do longer flights, up to an hour, but Paul was on a mission to keep his airplane visibly in the air and to satisfy many requests. He flew several EAA volunteers as well as “kids” of all ages. His friend and airshow helper, bizjet pilot Kirk Hart, collected waiver signatures and tallied all the flights, telling Paul of the average of 5.5 minutes.

“AirVenture 2013 was the best show I’ve had in years,” said Paul. He flew prospective customers, charging them a modest fee (which helps qualify them), as well as taking people aloft for no-charge rides in return for their work in the Ultralight Area. “We actually covered the cost of our operations this year,” noted Paul, identifying 90 flights as fee-based. The Ultralight Area changed rather dramatically with a new TSA fence and perimeter roadway but just as in Paradise City at Sun ‘n Fun 2013, the new road was not the problem some anticipated; in fact, the asphalt roadway kept the area cleaner and gave it a more developed look. Paul was also complimentary of the volunteers in this area, saying, “They were all excellent, very helpful. It was the best experience I’ve ever had at Oshkosh.” Sounds like congratulations are due all around and I’m unofficially and unscientifically proclaiming Paul Mather as the demo flight winner. All hail, King Paul!