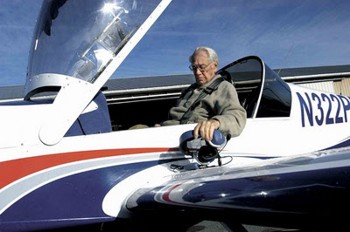 J. Guy Reynolds about to do his thing. photo courtesy The Journal 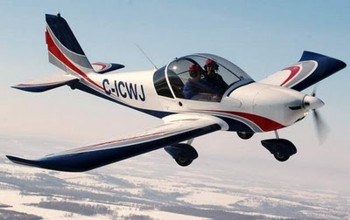 Here’s a story to give us all some cheer as we slide into final on the Holiday Season. *** An article in Martinsburg, West Virginia’s The Journal newspaper chronicles the exploits of one T. Guy Reynolds Jr. , a local pilot who just celebrated his birthday by spreading his wings in his Evektor SportStar. *** “No big deal”, you say? Ah, but this gentleman is one year shy of being a centenarian …that’s right, he just turned 99 years old! That makes him, says the article penned by John McVey, likely the oldest pilot in the state. *** And we have to ask …maybe the nation? *** “I wanted to fly on my 99th birthday,” he said. “I enjoy it, and my airplane is very nice to fly.” *** The SportStar model was the first to win ASTM approval back in 2005 as a legal SLSA and continues in its latest iteration as the Harmony…my flight report is due out in the next issue of the magazine. *** Evektor’s airplanes appeal to pilots like Mr. Reynolds with long aviation backgrounds, since it’s a familiar, mostly-metal airframe with good long range legs and comfortable interior to back it up …these things get more important as we get older! I’ve logged around 30 hours in the Evektor Max and its successor Harmony so I’m more expert on this subject than many …it’s an excellent long-leg airplane for the posterior regions. *** The article goes on to report that Mr. Reynolds began flying, in a Ford Tri-Motor, before most of us were even glints in our parent’s eyes: in 1929! He founded Martinsburg’s Civil Air Patrol squadron and was its first commander in 1943. Taking on challenges late in life seem to be a habit …Reynolds had in fact laid off flying in the mid-’50s in order to raise a family and didn’t resume until 2004 …at age 92. *** He made his first parachute jump on the day he turned 93. What a Guy! *** “I keep very positive — that’s how I’ve lived so long. I’m still happy and thank God for that every day.” *** Happy Birthday to you, sir!