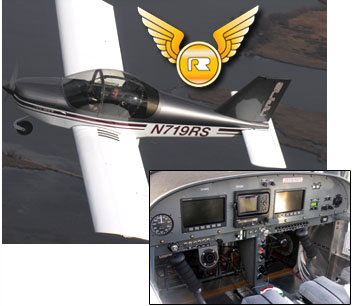 The last one in under the wire, S-19LS concluded a productive 2007 year of SLSA approvals. Read about S-19LS safety. Rans will continue to offer an S-19 kit that you can get airborne for around $50,000.

As we bid farewell to 2007, up popped one of America’s top kit producers: Rans. During the year the industry reached number 65 in Special Light-Sport Aircraft approved. Randy Schlitter sent a note saying, “We achieved SLSA status for the S-19LS on December 21st.” He added, “The S-19LS is the first all new aircraft made and designed in the USA specifically for the light sport category to receive SLSA status since the ruling went into effect.” S-19LS relied heavily on CAD/CAM methods. “In fact we never built a prototype; the first aircraft was production tooled,” continued Schlitter. *** S-19LS features the 100-hp Rotax 912ULS, an all-glass cockpit, and a $110,000 introductory price. Since late 2005, Rans has successfully produced the $85,000 S-7LS Courier. Delivery of the first S-19LSs should begin in 10 months, according to the company. If demand warrants, the Hays, Kansas company projects building 50 a year within 12 months, and possibly doubling output later. *** My experience flying the S-19 for a pilot report showed excellent flying qualities in all areas. Its conventionally-shaped Hershey Bar wing (no taper) exhibited forgiving qualities and landings were straightforward, suggesting a flight training role for the model.