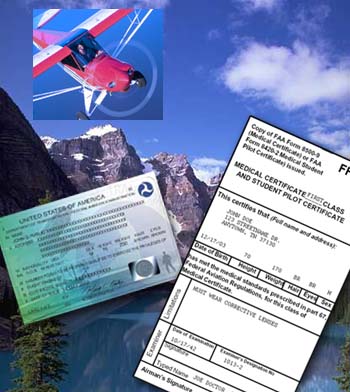 Flying North? — You can now fly your LSA to Canada assuming you have a current FAA Medical and a Private ticket or better. But you’ll need a Transport Canada “Standardised Validation form,” available at TC’s website.

Snowbirds will soon be flying south for Sun ‘n Fun. But as winter thaws into spring and summer, some Yankees may wish to fly their Light-Sport Aircraft north into Canada. Now, thanks to our good friends at EAA, American pilots may finally do so, reported another good friend, Mary Grady, a journalist for AvWeb. After nearly a two-year negotiation America’s neighbor to the north finally views LSA to be as airworthy as a homebuilt experimental. Northbound pilots must still have an FAA Medical and a Private license or higher but at least prior authorization from Mother Canada and a $100 fee were dropped. *** The relaxation of some rules is the result of effort by folks like EAA’s government relations director, Randy Hansen. Earlier, Light-Sport pilots were required to call Transport Canada and receive authorization to operate a LSA in the country, obtain a validation form that had to remain in the aircraft, plus pay a $100 fee. “Now LSA owners simply have to download the form and follow customs requirements. The $100 fee has been eliminated,” said Hansen. “Discussions for making the change began at AirVenture 2008.” *** Transport Canada — roughly equivalent to FAA — continues to refuse entry to American Sport Pilot certificate holders using their state driver’s license as evidence of medical fitness. “But we’re working on that, too,” Hansen concluded. For more on this topic, see Jim Lawrence’s blog post below.