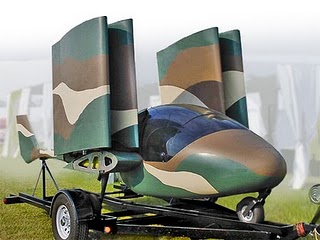 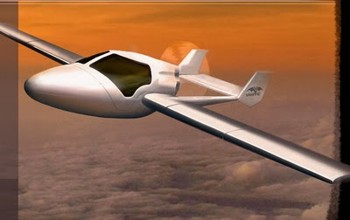 All above images courtesy Sadler Aircraft.

I’ve had my head buried in pilot reports, image processing and P&P’s 2010 LSA Buyer’s Guide. Guides in particular never seem like they’ll be such a mind-numbing chore yet every time the same number of eyeball-jittering, typing finger-stiffening days roll by. Look for it in the Oshkosh issue, late June I think. *** There are 107 registered LSA models on the books.  I couldn’t write about all of them so went with the top-selling 20, realizing even then some great airplanes get left out, so I factored in another couple dozen or so that stand a good chance of garnering market share in the future. *** Most if not all The Magnificent 107 remain in some state of production – a minor miracle given our sluggish  economy.  Even more new designs approach ASTM certification this year.  Clearly it’s going to be a big pie — with a lot of small slices — for a long time to come. *** Given our “Little Industry That Can” bravura, it’s always a lamentable duty to report whenever a noteworthy aviation project goes down the tubes.  But reality is reality:  the Sadler Vampire project is looking for another owner. *** The original Vampire revved everybody up back in the early ’80s as a unique, single seat ultralight. *** Here’s a summary from an excellent Wikipedia blurb: *** The Vampire won Grand Champion Design at Oshkosh in 1982.   Bill Sadler started up American Microflight, which became Sadler Aircraft Co., and by 1984 was cranking out 4 units per month!  Not long after, ABC’s 20/20 broadcast its infamous, recklessly distorted “expose” on the danger of ultralights that nearly killed the industry singlehandedly, or I should say underhandedly…a cautionary testament, more evident than ever in today’s media, to the press’s power to inflame irrational fear in the general public, whatever the truth might be. *** Anyway, Sadler, facing the dramatic industry downturn everybody suffered after 20/20, sold the rights to Aero.V.Australia. *** By the late ’80s, Sadler developed a military version: the aptly-named Piranha, with enclosed cockpit, bullet-resistant Kevlar fuselage pod, machine gun mounts in the wing roots, all to support a ground attack, interdiction and counterinsurgency mission.  Holy Third World combat ops, Batman! *** A UAV (unmanned) version was developed around the same time but never flew without a pilot. *** David Littlejohn, VP of Sadler Aircraft, just informed me that once the principals looked at the books, they realized they’d have to sell 40 units just to break even on R&D expenses in their attempt to bring the Vampire to the S-LSA market. *** In his own words (excerpted): *** “…the economic downturn …has taken its toll on the Vampire. I’m disappointed to report that the Vampire project is being suspended and offered for sale. *** I apologize to all that have been following our progress. As is so often the case though, we had lots of “interested” folks, but not folks interested enough to commit…money in escrow and secure aircraft. As such, we failed to meet the required pipeline commitments needed to receive second-stage capital from our investors.  It’s frustrating.  But such is reality in periods of economic uncertainty. *** At this time we are seeking buyers of the company. Specifically, we have the prototype Vampire and various parts for three more Vampires already under construction. We are asking for $50,000 obo (development costs were more than 15 times [that] amount). And that price includes a nearly brand new Jabiru 3300 with under 100 hours on it. *** At this time the company is being sold as a package including: prototype Vampire (has flown, but not flying now), wing sections for 4 aircraft (unskinnned), raw aluminum to skin the wings, spars and tail booms for 2 planes, landing gear for 4 planes, various other miscellaneous parts. *** If interested…please send an email to: info@sadleraircraft.com. *** The Vampire was an exciting original from day one…if it’s resurrected yet again, maybe it should be renamed the Lazarus – this is one design that just won’t die. *** We sincerely wish everybody connected with Sadler Aircraft the best of good fortune going forward.
[UPDATE 5/26/10: Sadler’s Vampire did not win SLSA approval so is not on our SLSA List, therefore, the figure 107 approved LSA remains the same. If interested, you can watch a video on the Vampire shot at AirVenture 2009. –DJ]