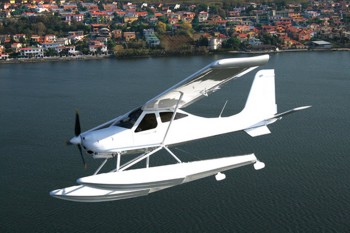 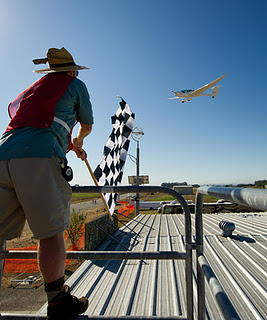 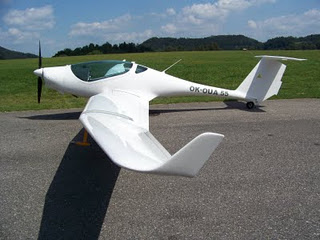 A couple fun things before I lose the day entirely.Just got word from Tecnam today, via Plane & Pilot publisher Mike McMann, that the Italian aircraft producer has adapted one of my favorite LSA, the P92 Echo and Eaglet (trainer version), for water operations. *** Dubbed the P92 Sea-Sky Hydroplane, this waterbird should prove to be yet another fun entry into the SLSA sweepstakes. *** My impression of the Eaglet remains: a lively, forgiving, fun-to-fly all metal trainer that I expect will appeal even more with web feet, for those of aquatic inclinations. *** Some details: The Hydroplane is the 6th generation model of the successful P92. *** Takeoff run is spec’d at under 200 meters, along with “an impressive climb rate” from its 100-hp Rotax engine. And I wonder how the Eaglet’s landing performance, for example (26 knots, full flaps, no power) will translate to the water and extra weight. *** The Hydro will be produced at Tecnam’s new composites production facility, home to both the Tecnam P2008 and Tecnam P2010 four-seat GA up-and-comer, in Capua, Italy. *** There’s nothing much online about it yet; I’m hoping it will make it to Sebring mid-month, or Sun ‘n Fun in April. |||| Gliders and the Impossible Turn Also just heard from friend and soaring pilot/instructor/longwing trendsetter Jim Lee, last heard from when he flew the only conventionally-powered aircraft in the NASA Green Flight Challenge last fall that won Pipistrel’s Taurus Electro G4 a cool $1.35 million prize. *** Jim acquitted himself admirably with the Phoenix motorglider at that event. *** He dropped me an e-note to add his glider-centric take on my Impossible Turn post here of a couple days ago. *** Take it away James: “For one, in any aircraft, don’t follow the centerline of the runway (after) take off unless required by parallel runways or tower ops. Veer downwind of the runway on climb out, then if the engine quits, you only have to make a 180, not a 270. Glider pilots are required to practice, and perform on the checkride, a turn back to the runway from 200 feet. It is easy in a glider. I can do 100 feet, and I have seen 50 feet done in a real emergency when the towplane flew into a hangar. 500 feet is easy in a small Cessna with practice. [Even] 400 feet is easy, and 300 feet is doable in an LSA with practice.” *** Jim heads up Phoenix USA out of Melbourne, Florida. I’ve flown and reported on the Phoenix and it is one wonderful all-around dreamship.