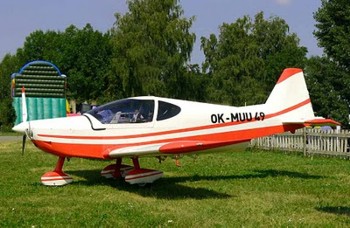 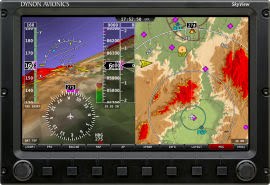 Another LSA (and another from Czech Republic!) is about to land on our shores.  It’ll be featured in my Cool Stuff overview story in the June issue of P&P, but here’s a sneak preview of the cute little low wing, and why I think it could be a winner for potential owners. *** It’s called Corbi Air Alto 100. *** Two veterans of the sport aircraft biz – Dan Coffey and Ron Corbi – have extensive backgrounds in sport aircraft maintenance and marketing.  They saw through direct experience that many LSA had weak points that came out after extensive use in the field: insufficiently sturdy nosegear, cheap foreign tires (that were also a problem to reorder quickly). *** So they went to an established Czech manufacturer (Direct Fly) and asked them if they’d be willing to update their four-year-popular Euro bird with American components for ASTM-certification as an S-LSA for the states.  *** Coffey’s and Corbi’s approach might be called “pre-emptive” maintenance –  they intend to design out the very things that tend to fail in LSA.  *** “Our focus with the Alto is to enhance the ‘maintainability’ of the airplane,” Coffey told me in a lengthy chat at Sun ‘n Fun. *** “We’ve added things like American-made Matco wheels and brakes, bucked rivets to replace pop rivets in high-stress areas, Vertical Power’s electronic electrical system, and the Approach Hub avionics wiring system for plug-and-play component upgrades.” *** Another good idea here is to have as many quickly available U.S.- made parts as possible to make sure no flight school or owner is ever down for long. *** Another feature: Alto’s canopy slides forward for easy access to the back of the panel. *** Look for the cute Globe Swift-like Alto to be ASTM-approved and shipping by year’s end. *** And get this price: $99,995, which includes a Dynon Skyview EFIS!