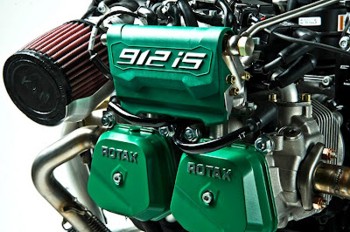 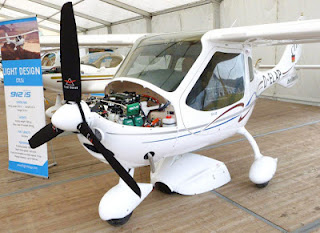 The new Flight Design CTLSi fitted with the 912 iS 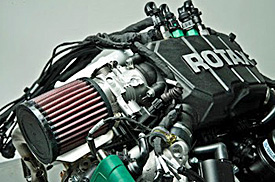 Rotax Aircraft Engines just raised the bar with its new Rotax 912 iS, fuel-injected, 100-hp engine, based on the truly ubiquitous core 912 mill we all know so well. *** FYI: Did you know more than 170,000 Rotax aircraft units are in service worldwide? Wow! That’s a lot of engines. *** The new powerplant is being hailed as the most fuel efficient aviation engine for light sport aircraft. *** Alas, the 912 iS won’t download your email, doesn’t have a Retina display and has nothing in fact to do with Apple. Watch the video below for more details on the new engine’s operation. *** The “i” of course stands for fuel injected, and with this happy development come beaucoup bennies: • Up to 30% lower fuel consumption than previous versions, and up to 78% lower than “comparable competitive engines”. Could this lead to smaller fuel tanks in LSA? That would easily make up for the 13 pound increase in engine weight and then some without giving up range. • increased fuel efficiency from optimized fuel/air mixture for each cylinder at any altitude (no more dual carburetors!) • easier starting (hardly a problem before) • more electrical power • easier preflight check • uses premium autogas up to grade E10. • reduced CO2 emissions • lower operating and maintenance costs (200 hour carb service/sync goes away!) • same 2,000-hour TBO as current 912 variants. *** Flight Design USA’s head honcho Tom Peghiny said this about the new CTLSi with the engine: “With fuel injection, Rotax has leaped forward… Carburetors demand more mechanical oversight and tuning the dual carbs increases complexity. *** With fuel injection, balancing carbs is no longer necessary. Pilots will find increased torque, easier starting, and smoother operation. Carb ice concerns become a thing of the past.” *** FD and, I would assume, everyone else in the industry will be offering the 912 iS in their aircraft once mass production kicks off, in May. *** The actual fuel injection process is run by a Rockwell Collins Electronic Control Unit (ECU) similar to the one in fuel injected cars. The ECU can be software optimized for peak-efficiency burn by a mechanic with a laptop due to its computer interface. *** Each cylinder has two injector ports for redundant fuel supply and reliability. Overall weight is 13 lbs. heavier. Size is virtually the same as the 912. *** The 912 iSc will be the certified version. *** No word yet on how much more we’re talking about in cost. *** For a closer look, Rotax will have one at the LAMA LSA Mall inside the Sun ‘n Fun 2012 entrance later this month in Florida. Experts will be there to chat! Tech wienie dream!