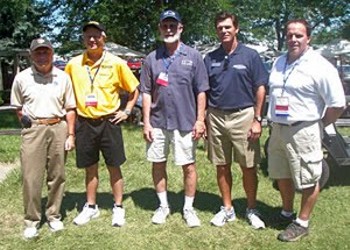 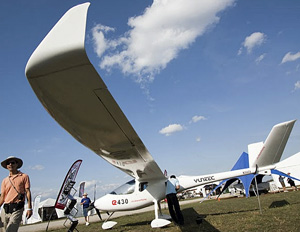 Yuneec’s e340 continued to capture the attention of AirVenture 2010 visitors.

In the wake of its week long focus on electric-powered flight at the just-concluded Oshkosh AirVenture 2010, EAA just announced a $60,000 prize to “speed development of electric flight technology.” *** As I posted earlier here, during the World Symposium on Electric Aircraft, Erik Lindbergh awarded his LEAP prize to three companies for their contributions to the burgeoning technology: Yuneec International’s E430, Alex Lange’s in-production Antares 20E motorglider, and John Monett’s E-flight Initiative. *** Prize money will go to the individual or corporation that demonstrates the most promising level of achievement in electric-powered flight at AirVenture 2011. “Most promising” will be more fully detailed once EAA completes its “assessment of the status of electric flight”, according to the official release. *** EAA President Tom Poberezny praised the four companies that will make equal contributions to the $60,000 prize money: AeroLEDs, Aircraft Spruce & Specialty, Dynon Avionics, and Wicks Aircraft Supply. *** “They, like EAA, recognize that much of the innovation in the aviation world has come out of homebuilders’ workshops and the creative environment that is part of AirVenture Oshkosh,” Poberezny said. *** The E-Flight Prize is one of a to-be-disclosed series of programs EAA will establish over the next decade to stimulate R&D in electric flight. *** Poberezny encouraged other leaders in the EAA community to augment the prize over the next year. *** Entry forms and competition criteria will be posted on EAA’s website or by writing EAA E-Flight Prize, P.O. Box 3086, Oshkosh, WI 54903-3806.