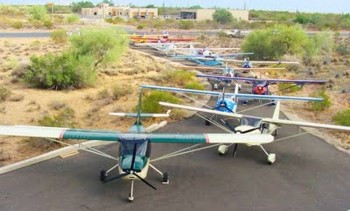 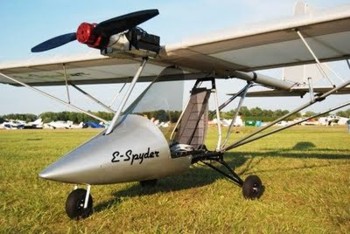 Just got off the horn with Phil Lockwood of Lockwood Aviation today about Shell‘s announcement, which kicks off at the Sebring LSA Expo next week, about its newest lubricant, AeroShell Oil Sport PLUS 2. *** Phil is the go-to guy for anything Rotax. He built his company from scratch into the Mecca for engines, parts, service, maintenance, training and a lot more. He also produces the AirCam and Drifter sport aircraft, sells LSA and I could go on for pages. Super guy too. *** Anyway, here’s Phil’s take on this new 2-stroke engine oil: *** “It’s actually a big deal for people who use 2-strokes — that’s about 10,000 aircraft. We used Pennzoil, (now owned by Shell), before that, but the formulation constantly changed due to chemicals in it becoming unavailable.” *** One problem was severe carbon packing around high performance rings, requiring regular decarbonizing. *** “When Pennzoil came up with a formula in the ’90s that allowed us to go to TBO without decarbonizing, that was a big deal. But that formula eventually wasn’t producible either.” *** Recently, Shell came to Lockwood to test the new formulation — PLUS 2 — on five new Rotax 582 engines. *** “We ran them for 300 hours, picked the best one, did a 50 hour flight-test, tore down the engines and signed off on the formula.” *** “Shell told us they’d guarantee it will be a constant formula from now on.” *** That’s real good news for all those Kitfoxes, Quicksilvers, Drifters and other ultralight and experimental planes that run Rotax two-strokes such as the 447, 503, 582 engines and discontinued models (parts still available) 277, 377, 532 and 618. *** Phil signed off with an eye toward a resurgent ultralight market. *** “We all started with ultralights in the late ’70s and early ’80s and saw them evolve into LSA, and the ultralight market disappeared.” *** “Now, prices of many LSA are out of reach to a whole new generation of would-be pilots who would love ultralights, but don’t know much about them.” *** “I can see a return to ultralights, including electric-powered models like the E-Spyder. Think about it: No video game or outdoor sports vehicle comes close to giving the pleasure of flying through the air.” *** —Photos courtesy Kitfox Aircraft and Flightstar Sportplanes