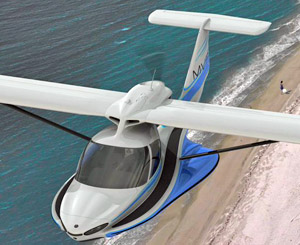 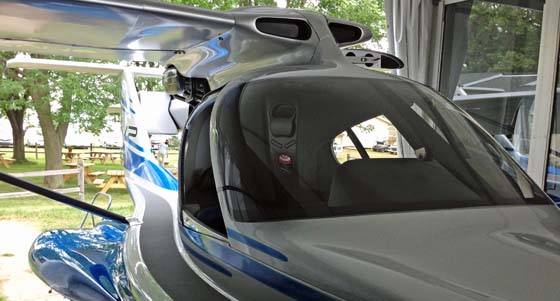 MVP.Aero’s main men (before they had a chance to change into their press conference logowear): Mike Van Staaggen (L), Darrell Lynds, Mike Lynds, and Steve Pugh. 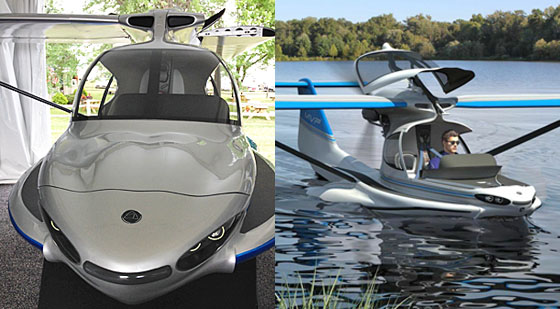 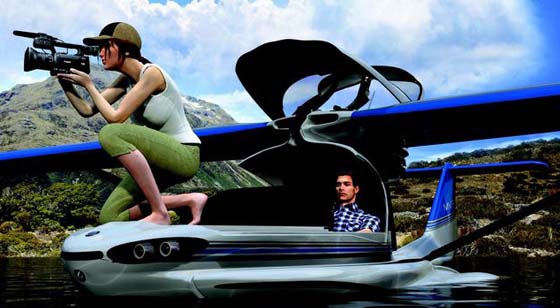 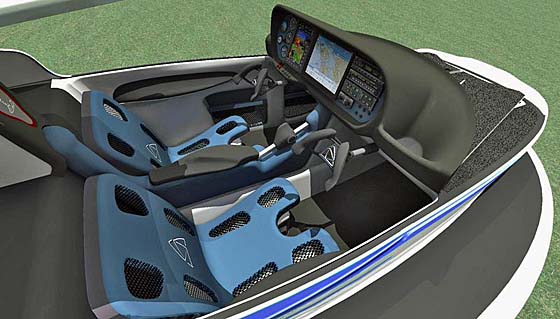 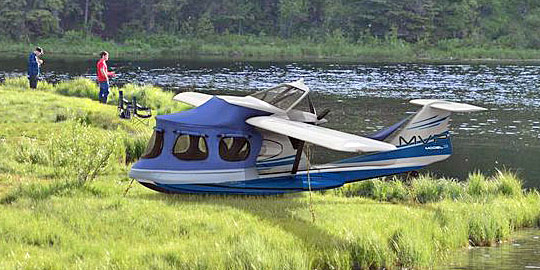 A standing room only crowd just walked out of the pre-opening Sunday press conference held by the MVP.aero folks. This airplane has been in the works for many months but principals have done a masterful job of what might be called the “Apple approach.” The giant iDevice maker jealously guards their press announcements and does well considering how many folks would love to blow their cover and tell the world what Apple plans before the company does. Kudos to MVP.aero (yes, that’s the name of their company) … it was founded by a father and son team of software experts and they clearly know how to play that game; they kept their secret very well. To bring you the fastest breaking news, what follows is a series of photos. I look forward to fleshing out the story as time moves forward, but for this post, the pictures are worth more than thousands of words. So look and enjoy; stay tuned for more as Oshkosh kicks off. • Oh, one more thought about MVP.aero at AirVenture 2014. While waiting for the press briefing to start, I overheard some journalists talking. These were folks who report on the heavy iron, King Airs, Embraer bizjets, and such. Yet they agreed between themselves and declared, “That aircraft outside, that new LSA seaplane, is probably the hit of the show.” They gave the emphasis and again, these were folks who don’t usually cover light aircraft. Of course, their view is subjective, but I found it interesting, and well … you judge for yourself and see if the Most Versatile Plane meets qualifies as a hit.