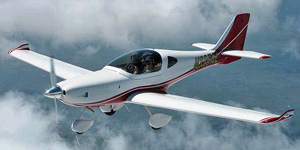 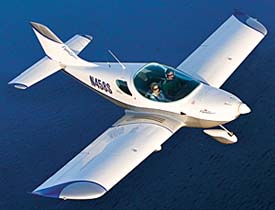 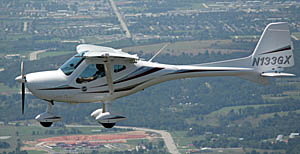 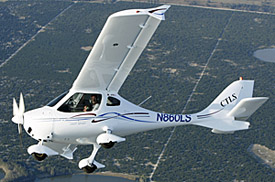 Flight Design was first into China with an LSA.

Since the beginning of LSA time, way back in 2005 (when the first LSA was approved), LSA have arrived on American shores from overseas factories. American producers also sold airplanes to Yankees, but none went overseas as governments of other nations had not yet accepted ASTM certification standards. In the last year, a lot has happened. *** At least four companies are selling LSA in other countries with aircraft defined by U.S.-originated parameters and meeting ASTM standards. LSA Global developments are reported by Arion Aircraft, U.S. Sport Aircraft (representing Czech Sport Aircraft), Remos Aircraft, and Flight Design. *** Yankee First? Arion Aircraft is one of the first all-American companies to go global with its production. The Marysville, Tennessee company — a related company to Jabiru U.S., which supplies the J230 and other high wing models to LSA buyers in the USA — has sent aircraft to Australia. The down-under country was one of the first to use ASTM certification after the new approval method was introduced by FAA in America. I am not aware of any other U.S.-based company that has sold LSA products outside the States. Arion’s Pete Krotje also told me of interest from Brazil, one of the newest countries to OK use of ASTM certification standards. *** South American expansion U.S. Sport Aircraft spokesman Donato Martino said, “We believe we are the first company to actually sell and deliver an LSA to a customer in Brazil. Paul Kramer was our ferry pilot who commanded the entire 4,300 nautical mile flight in PiperSport/SportCruiser N297PS from Fort Pierce, Florida to Curitiba, Brazil. Paul kept a detailed log of his journey and wrote a story about the effort. It took several months of planning and document preparation but we did pull it off and will most likely be delivering more SportCruisers to Brazil.” The SportCruiser is built in the Czech Republic by Czech Sport Aircraft. *** German Export Recently reorganized German manufacturer Remos Aircraft has been renewing dealerships around the world including a tour through the USA. The company also reports winning approval from aviation agencies in India and Brazil for their GX design while in South Africa, Remos obtained a Type Certificate, the company added. “This assures that India and Brazil, which have not yet established LSA certification, will grant airworthiness certificates in reciprocal recognition of the EASA LSA Type Certificates,” stated Theo Paeffgen, CEO. He noted that in South Africa, the government has now developed LSA type certification standards. *** Chinese Connection LSA market leader Flight Design has delivered aircraft to China where the German company has earned a Type Certificate under Chinese rules. It was the first LSA manufacturer to gain support from China aviation authorities and, like other aviation enterprises, Flight Design anticipates sales growing significantly as that country opens aviation to personal use for the first time (before last year, all aviation in China was solely military or airline). *** As the second-largest aviation market in the world after the USA, Europe also factors large. The approximate equivalent to FAA, EASA has now issued their Certification Specification for LSA (CS-LSA) so EU countries can also move toward sales of LSA types. Costs remain a concern as EASA charges manufactuers for approvals and oversight where in the U.S., these costs are borne by taxpayers. Another difference: In Europe, no speed limit exists for this category of aircraft; in-flight adjustable props are permitted to generate higher cruise speeds. Since ASTM standards accommodate these features, this presents no problem even if American buyers have a speed limit and must use fixed pitch props. *** My LAMA Europe affiliate, Jan Fridrich, first coined the phrase “LSA Global” and, increasingly, it appears his foresight is proving accurate.