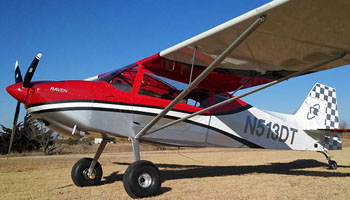 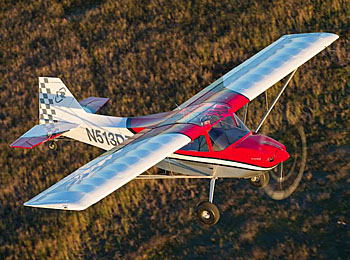 See our video on the Rans S-20 Raven. all photos courtesy Rans 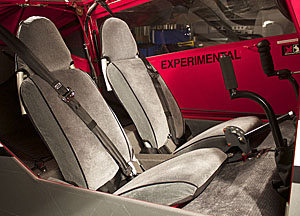 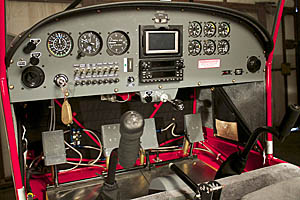 I view Rans’ newest aircraft as a benchmark design for the airplane company based in Hays, Kansas, more than 100 miles northwest of another aviation hub known as Wichita. Rans started 31 years ago with a little single seat ultralight called Coyote. Company designer Randy Schlitter shows marketing savvy using both numbers and names for his models — they help people remember — so it was another benchmark of sorts when he hit 20, and that would be for the S-20 Raven. His designs don’t plod along with incremental changes. For example, his S-11 (never produced) was quite a radical departure and the S-19 Venterra that preceded the S-20 Raven was an all-metal low wing design. Raven isn’t anything like S-19 but it is a great deal like two other airplanes in the bulging portfolio of creations from Randy. You might think of it as a merging of two of the most successful models ever made by Rans.

“The S-20 is the best of two great planes that have been in production at Rans since the ’80s,” reported the company. “We created a new fuselage and took the wings, tail, fuel system, and aero servo ailerons from the S-7S Courier, and engine system, control sticks, flap lever, rudder pedals, seats, and instrument panel from the Coyote II S-6S. The intent was to answer the many requests for a side by side bush plane, equal to or beyond the Courier.” Coyote is a model series derived from that original single seat Coyote leading to a two side-by-side design. As you can tell from the S-6S suffix — it’s one of several such model definitions — Coyote II (for two place) has has sold thousands for Rans, resulting in variation upon variation. The aircraft is available as a kit, as an SLSA, and therefore can be sold as an ELSA. Randy believes that S-20 really delivers what people were seeking. He said the S-7 is “roomy, easy to get in and out of, solid feeling, tough enough to do bush flying or on floats, and generally has the size that our customers want.” Indeed, Raven fits customers well with its 46.5-inch cabin width and the huge 50-inch long doors that make entry so easy. These were used on the Courier due to the tandem seating (it greatly helps entry to and exit from that model) but wide access is also easier to load S-20’s ample 21 cubic foot, 80-pound baggage area.

After it first took to the air in December of 2013, impressions of the newest Rans airplane began flowing. “Flight testing shows a faster cruise and slower stall by a couple of knots. The clean aerodynamics of the engine cooling system and less wetted area of the fuselage are the reason for increased performance. Even the glide ratio has improved, at a solid 9.4 to 1,” reported Rans. Even though Raven is wider than the lean, tandem S-7 Courier, the new model has an edge. Company reps continued, adding that handling is crisp with light controls that are well balanced. “Flying a slow approach into a short mountain strip will present little challenge,” noted Rans. “Equipped with large bush tires and vortex generators will increase the Raven’s back country utility.” With wings from the S-7 Courier that is such a sweet flying aircraft, I wondered how people are perceiving the differences. Randy explained that while Raven is indeed similar, “Raven is evolving its own personality. The fuselage differences mean the occupants experience it in another way, but they see S-20 as a smooth, quiet, ‘Cadillac’ ride.” Raven is comfortable for its occupants thanks to upholstered seats with five-inch fore and aft adjustment that be changed in-flight. Pilots may also enjoy three seat-back recline settings.

Over the years I’ve had the pleasure to fly nearly every one of Rans’ designs. While each has a separate flight mission, all exhibit crisp handling that most pilot will like. One I did not fly for many years was the S-7 Courier, because I thought it would fly like a Cub. I could not have been more wrong and after I finally went aloft in the tandem, I saw the appeal and think it is my favorite among the many designs the company has marketed (pilot report). Combining the side-by-side seating that more pilots like — because you can see and communicate with your passenger — with the delightful flight qualities of the Courier suggests the Raven could be THE ONE … the airplane in Rans’ fleet that could appeal to the most pilots which in turn forecasts that it might become their best seller. Those of you headed to Sun ‘n Fun will be able to see the new model, looking shiny and finely finished as all the Rans factory aircraft do. You might want to get your name on their demo flight list early as it’s my guess that this will be a popular request.