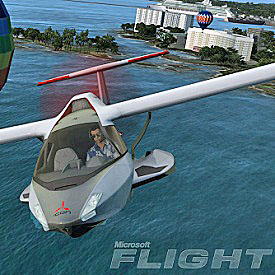 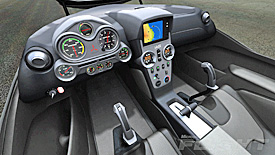 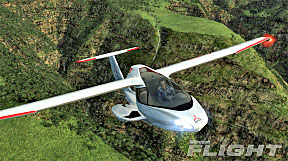 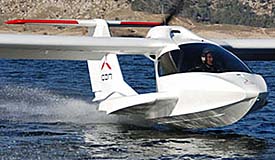 The real A5 launches from water.

Today, Microsoft announced the return of Flight Simulator, once one of the best-selling games on computers. Well, in truth, it’s no longer called Flight Simulator, rather simply “Flight.” *** In 2009 Microsoft abruptly dropped Flight Sim, leaving only the techy X-Plane for digital joystick jockeys. It’s way above my pay grade to understand while the Microsoft billionaires dropped a good seller but, who cares? It’s back with one Great Big Surprise: The iconic Icon A5 LSA seaplane is the default aircraft and shows even titanic Microsoft sees where the action is in aviation. The other two aircraft coming with Flight are an RV-6 and a Boeing Stearman, a significant change from the Cessna 172 or bizjet of Flight Sim. *** “Microsoft Flight drops the ‘Simulator’ label for what its developer unabashedly dubs a game — and a free one at that,” wrote Mark Hachman for PC Magazine online. “In a bid to make the ‘Flight’ franchise accessible to everyone, Microsoft has made the game free-to-play, allowing novice pilots to explore the Big Island of Hawaii.” With targets, points, and other game features, Flight is due to be released this spring, though it is available only for Windows PCs. *** The game quickly puts the player into the cockpit — no configuration needed. The tutorial introduces the player to the basics of flight, using a simple mouse and keyboard as the default. Players can add a rudder or joystick later. *** Hachman referenced Joshua Howard, the game’s executive producer, who described the Icon A5 as a “jet ski for the sky,” and expressed that the choice of the A5 represents a “wonderful combination of their vision and our vision.” Icon issued their own news release on this gaming coup and also quoted Howard, “The excitement that the A5 is generating in the aviation community makes the A5 the perfect aircraft to bring the joy of aviation to the masses via Microsoft Flight.” *** Icon CEO Kirk Hawkins said, “We’re excited to have such a central role in Microsoft’s highly anticipated launch of Flight.” The Southern California-based seaplane LSA creator added that Flight has been developed by Microsoft Studios and emphasizes the thrill and wonder of aviation while requiring no past experience or special hardware, making it accessible for beginners. “At the same time, realistic flight physics, weather patterns, cockpits, and graphics ensure that Microsoft Flight will also challenge experienced PC pilots.” A tutorial introduces the player to the basics of flight. *** Icon has consistently handled their entry to the world of Light-Sport Aircraft differently from other producers and this has often increased their visibility. Now the A5 designer is doing it again in cooperation with one of the world’s leading technology companies. To me this is yet another confirmation of Icon’s determination to bring new people into aviation. In that goal we should all wish them the very best. Regretfully, Mac users won’t get to take Flight anytime soon. Neither was any mention made of a mobile version.