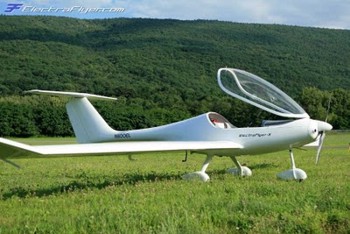 The Creative Solutions Alliance (CSA) is a nonprofit organization, founded by Erik Lindbergh, grandson of Charles “Lucky Lindy” Lindbergh, that just announced his creation of the Lindbergh Electric Aircraft Prize (LEAP). *** In stirring language as quoted to AOPA’s Alton K. Marsh, Lindbergh says, “We are literally teaching the next generation to imagine and create their future.” *** The idea, as we’ve seen in the past with similar contests such as the Orteig Prize (1st Atlantic crossing won by Lindbergh) Kremer Prize (human powered flight – Gossamer Condor), and the X-Prize (1st private suborbital space flight), is to “promote the practical development of electric aircraft by recognizing specific advances in this emerging cleantech (sic) industry.” *** Prizes will be awarded for: ** Best Electric Aircraft:  keyword in this category is practical, and it can be an Experimental, LSA or Certified aircraft. ** Best Electric Aircraft Sub-System: component systems that advance the field of electric aircraft ** Best Electric Aircraft Component Technology:  Individual components such as batteries, motors, power electronics, etc. ** Public Choice Award: We get to vote on our favorite, flying or not, “practical or not!” *** The winners in each category will be announced at Oshkosh’s EAA Airventure this summer. *** Anybody want to take early odds on the Yuneec e430, already a design award winner? *** Or the new ElectraFlyer X (photo)? *** —images courtesy CSA and ElectraFlyer