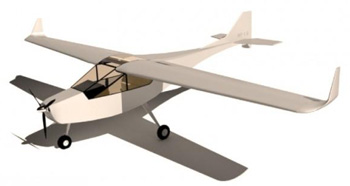 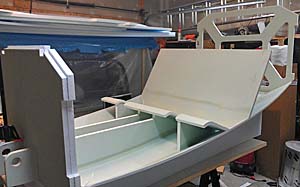 Extensive engineering has been done, and you can join the team, an excellent way to gain experience and/or to affect the final product.

Whew! AirVenture Oshkosh is history once again and I have plenty to report, plus we shot many new videos that will begin appearing. I still have more to post from earlier shows so no shortage of content on ByDanJohnson.com … except … you may have noticed a quiet period in the last few days. My trusty Mac’ that labors for me 12 hours a day, seven days every week went to computer heaven toward the end of Oshkosh. I guess it was just exhausted and in truth, I needed a new model. So I’ve been out of action for a few days getting a zippy new laptop up and running. Meanwhile, a special thanks to fellow journalist, general good guy, and close friend, Jim Lawrence for his two photo essays on what he saw at OSH. ••• Secondly, I appreciate so many visitors for making July the best month we ever had, by far. Nearly 60,000 Unique Visitors came to ByDanJohnson.com! I’m pleased and rather overwhelmed at that volume of different people so let me express my gratitude to every one of you who clicked by for a visit. I like to say that I love what I do and I hope it shows. Yet it only works because you visit. So, THANKS!

Now, I saw several things that I want to report on from Oshkosh, but arguably the most unique thing was what is called “Open Source Aviation.” If you follow computer developments you probably know about Linux, the open source operating system, or Firefox, the open source free browser, and nearly everyone I know uses Wikipedia, the open source online encyclopedia. All are completely free and made immeasurably better by the involvement of hundreds or thousands of people who each contribute in some way to refine the product. Computerdom has many more examples of this, but I’d never seen it in aviation. Oh, some folks have given away plans they created for an airplane design. That’s cool, but they did it by themselves or their team. They didn’t open it up the way MakerPlane has done. I spoke with president John Nicol at Oshkosh and think I see (at least some of) what he’s trying to accomplish.

John and MakerPlane are starting with what they call the MakerPlane v1.0 LSA aircraft. The airplane’s fuselage and wings will be made from composites and smaller pieces will be made with a 3D printer. They started work in late 2012 and expect to bring an example to AirVenture 2014. John blogs on the website, “What people see on our site is honestly the tip of the iceberg in terms of the efforts that are going on constantly behind the scenes to create and maintain the ongoing MakerPlane site and projects. Lots of emails flying back and forth, Google+ hangouts and conferences, private messages on the forums and sometimes packages being sent across the world with electronics and ideas!” MakerPlane is deploying all manner of Internet ideas including use of the Indiegogo funding methods, again, not the way aviation is typically done. Yet it isn’t all about fundraising. The general idea is to make a plane that anyone could build using modern techniques. If you want to be involved with designing this new machine, the door stands wide open. Check MakerPlane’s website for lots more info, or …

Watch John Nicol’s explanation of the project and how you can get involved: