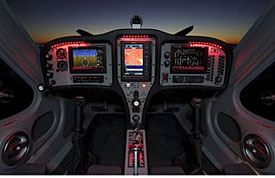 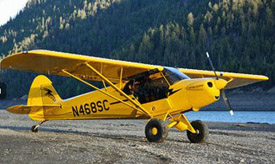 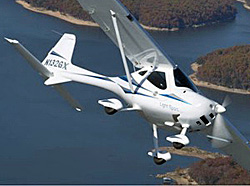 In 36 hours or so, Chief Pilot S. Claus will be on final for a few billion chimneys worldwide. Here’s what’s popping up in one of my last looks at LSA news webwide for 2011. Meanwhile, my best wishes for a Merry Flying Christmas and new flight horizons for all in 2012! *** Cubcrafters flexes its market success muscle with a new manufacturing facility and the hiring — yes, hiring! — of new personnel to build its popular LSA Piper Cub clones.  *** A newly leased 15,000-square-foot building near the Yakima, Washington airport boosts existing capacity by almost 40% and is already in operation. Congrats to CubCrafters and we wish you continued success. *** Included are a new welding shop and CNC (Computer Numerically Controlled) machine shop. *** The new space will make room in the main plant for an R&D facility and an updated, more centralized parts department.   *** Owner Jim Richmond says, “Our planes are selling well, and if we get even a little help from the economy, we will need to increase our production rate.”  *** Check out those job openings. SportAirUSA, that broad-based purveyor of several LSA models and instrument panel goodies, adds to its avionics offerings with the Adventure Pilot iFly GPS, a 7-inch touch-screen moving map based on FAA sectional charts (I own one myself — very cool unit). *** The company also reports the iFly will be standard equipment on the Snap! singleseater and an installable option for its Sting, Sirius, Savage Cub, and SeaRey LSA. Starting price is $549. The iFly comes loaded with the U.S. sectionals, IFR low en route charts, geo-referenced approach plates, airport diagrams, and more.  *** JUSTNET, the Justice Technology Information Network, an arm of the Office of Justice, posts a summary of LSA considered for law enforcement duty, and more detailed looks at each aircraft evaluated. The page is part of the Aviation Technology Program, which looks at a broad range of low-cost aviation technologies as alternatives to conventional GA aircraft in law enforcement aviation units — typically helicopters and FAA certified aircraft.  *** Some familiar SLSA models evaluated: Rans Coyote, Tecnam Eaglet, Sky Arrow. Powered parachutes and autogyros are also considered. *** The overview cites the high cost of acquiring and maintaining these aircraft (new Cessna 172: $300,000) and serves up the economic viability of various types of LSA as a dramatic alternative to for maintaining the long arm of the law skyward. *** In particular, the report calls out Light Sport Aircraft as well as small unmanned aircraft systems (“sUAS” — how institutions love acronyms!) and moored balloons… moored balloons? Remos Aircraft keeps growing its dealer/service center network. Latest addition is Light Sport West of Sacramento, California. A Remos GX was added to the GA training fleet based at Sacramento Executive Airport (KSAC). *** Light Sport West joins a growing number of FBOs nationwide who are realizing LSA offer appeal, economy and fun flying to flight students.