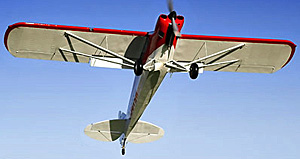 A CubCrafters climbs out fast. 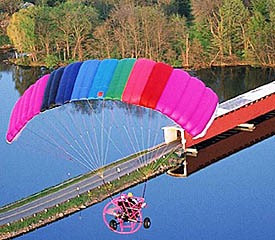 A Destiny powered parachute flies over a scenic covered bridge. 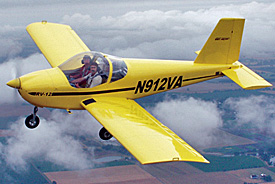 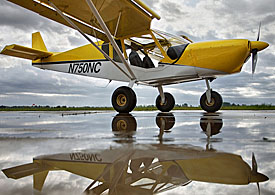 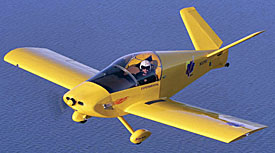 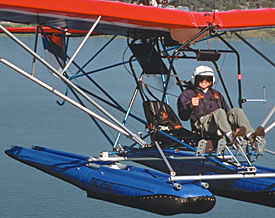 We recorded very strong interest in our recent market share article. Traffic spiked to double in the days since our report was posted (and that was from record levels). It would appear the LSA segment is hardly in “critical condition” despite what some may think. Today, the LAMA board of directors had its monthly teleconference and some interesting thoughts were expressed. Here we present a summary of how those discussions relate to LSA market share.

First, since 2009 we observed the number of newly registered Special LSA Airplanes have been 20-25% of all single engine piston (SEP) GA airplanes deliveries. For 2012, SLSA Airplane deliveries were 259 to 790 GA’s SEP airplanes, meaning Light-Sport represents 32.8% of GA deliveries or 24.7% of all airplanes. However, that is only part of the story.

In addition, you ought to consider the impact of Experimental, that is, kit-built LSA (ELSA) plus “alternative” aircraft such as weight shift, powered parachute, and gliders/motorgliders. Historically over the eight year life of Light-Sport Aircraft, these latter non-Airplane LSA account for a significant share approaching one-sixth to one-fifth, which based on the 2012 numbers, would add 40-50 more new aircraft registered. Our familiar chart does not include them as they are notoriously difficult to identify in FAA’s database for a variety of reasons. Despite those challenges, these aircraft are ASTM-compliant, are finding customers, and most importantly, are getting pilots up in the air. Ignoring them is to leave out a deserving segment of aviation. Indeed, they account for 28 of 131 SLSA models on our SLSA List.

Another category we have not listed is ELSA, for example, RV-12s, which board director Phil Lockwood believes are primarily built as ELSA rather than Experimental Amateur-Built (EAB). An advantage, beyond no need for an aviation medical, is the opportunity to have someone else partly or fully build their ELSA kit … legally. Perhaps more important is the fine Van’s reputation for handling and performance and the joy flying them brings to their owners. The first and only RV-12 SLSA was registered in July 2009. In the three and a half years since, 203 RV-12 kits have been registered for an average of 58 per year.

More ELSA — following development of an ASTM-compliant SLSA — are registered under the company names Zenith Aircraft, Aircraft Manufacturing & Development, M-Squared, Rans, CGS Aviation, and Skykits. Other Experimentals appear under the brand Pipistrel, which now owns several models with SLSA approval. Adding these to Van’s accounts for 572 additional LSA Airplanes. Averaging over seven and three quarters years since the first LSA were approved, this amounts to 74 aircraft a year.

Note that we are not including Experimental Amateur Built (EAB) kits such as those from Sonex or other companies which can be flown by someone possessing a Sport Pilot certificate. To be “Sport Pilot eligible”*, they must meet the weight, speed, and other parameters of the LSA rule but they are not technically Light-Sport Aircraft according to their Airworthiness Certificates.

Unlike EABs, ELSA are required to be bolt-for-bolt, identical copies of the originally-accepted SLSA so they fully comply to ASTM standards at the time of winning their Airworthiness Certificate. Once certificated, ELSA owners may do their own maintenance and can make modifications, though most probably see little change. LAMA’s board of directors feel it is important to portray the total size of the LSA market and the above facts attempt to do so.

Yet in truth, the LSA numbers we report above might still be low noted board director Tom Peghiny. When safety data is presented FAA commonly refers to more than 8,000 LSA, a far larger number than the 2,500 or so SLSA Airplanes we often list … which number grows to more than 3,500 when including the non-Airplane SLSA and ELSA discussed above. When you add all these segments you arrive a number that is more accurate regarding Sport Pilot eligible aircraft and LAMA’s board believes this to be a further refutation of those who opine that the Light-Sport segment is not performing well. Remember, all this occurred in less than eight years!

LSA deliver fun to their owners, jobs to those in the industry, profits to their producers and commercial users, and worldwide potential. LSA also use less fuel, make less noise, offer the latest in technology, are roomy, attractive, cross-country capable aircraft that are sleek, shiny, and smell new. They also have a safety record FAA regularly calls “acceptable.” What’s not to like?