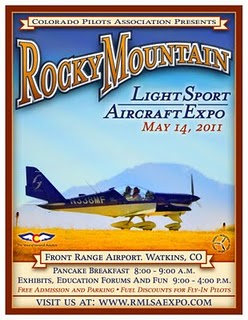 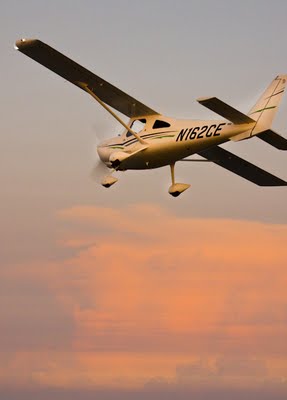 Cessna is on track to ship 150 Skycatchers this year

In this post there’s both good news and bad news. *** First up: blog reader Pete Zaitcev commented on my blog yesterday that the Front Range Airport (FTG) visit, on May 14, by the LSA Tour #3 will coincide with the Rocky Mountain LSA Expo. *** FTG is about 25 miles east of Denver at Watkins, CO. The event is sponsored by the Colorado Pilots Assoc. *** Looks like a fun time and a smart call for the Tour to plan a stop there. Thanks Pete!More good news:  Cessna Aircraft delivered 106 aircraft in the first quarter, up from 80 a year ago, and much of the increase comes from deliveries of the 19 Skycatchers. Cessna’s Bob Stangarone has told me the company expects to have delivered 150 by year’s end. *** The unhappy news concerns two LSA crashes. *** A PiperSport crash cost a young CFI his life in Florida. Various news reports citing eyewitnesses indicated a possible in-flight fire, flat spin, loss of a wing in flight and the crash, with subsequent fire and secondary explosion. *** The pilot’s body was found 3/4 miles from the crash. That and personal effects strewn between the crash site and the pilot’s body indicate he either bailed out of the airplane without a parachute, or was ejected during flight — horrific to contemplate either way. The pilot was reportedly a skydiver. *** Since all PiperSports during their brief manufacture under the Piper banner were delivered with airframe parachutes, inflight fire remains a compelling possibility for the crash. *** Sad and sobering: condolences to the surviving family of the 24-year-old pilot. *** A happier ending to another crash involves a Flight Design CT that struck a telephone guy-wire during an emergency landing on a country road in the South…and lost the entire right wing! *** The good news is the pilot survived, as reported by Steven Jones for WSPA-TV (CBS) in northwestern South Carolina, after the plane ended up nosing into a ditch. The plane is owned by Major Dude’s Flying Circus of Wilmington, DE. *** Jones writes that no one was injured. “After the plane,” the web story says, “a Flight Design CT model, took off…the pilot called Augusta Control and reported a ‘rough running’ engine. *** Later, the pilot called and said he was experiencing engine failure and going down. *** Two people were on board when the plane made it’s crash landing. A wing snapped off on a guy line of a nearby utility pole.” *** The CT is an all-composite airplane and, clearly, its cabin offers reassuring crash protection.