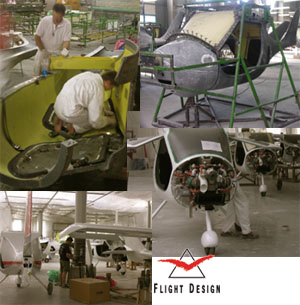 The Czech Republic featured in the last few SPLOGs may not be well known to Americans, but Ukraine seems yet another world away. Indeed, our jetliner flew almost two hours further east to Odessa and then we took a three-hour car ride to Kherson, home to the primary production facility for German-owned Flight Design. *** The experience of touring their facility was dramatically different than CZAW or Evektor as Flight Designs works almost exclusively with carbon fiber. Now in its second decade of production CT is America’s best-selling LSA and its factory has grown accordingly. More than 500 Ukrainian employees — engineers, designers, managers, technicians, and factory employees — toil in a sprawling facility not far from the Black Sea. Senior management is German but the entire facility is run by local talent. Interestingly, staff meetings are held in English. Though still Soviet-like in its drab surroundings, the factory pulses with modern activity; on the day I visited, another five CTs left on trucks for Germany where they are final checked, test flown, and prepared for shipment all over the world.