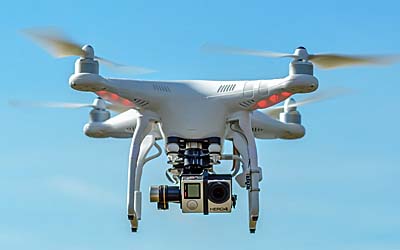 See our video on the DJI quadcopter at Sebring 2015. 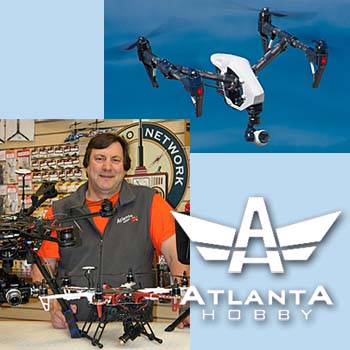 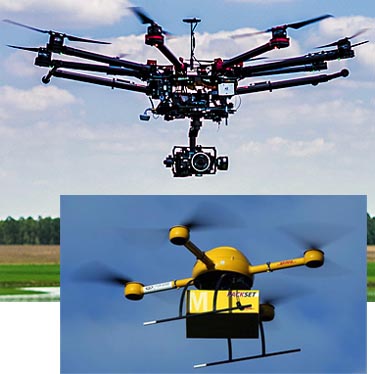 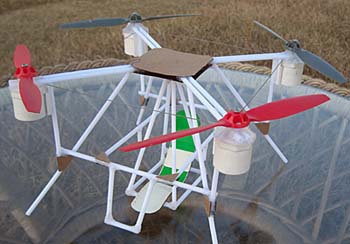 The good news is that most pilots I’ve interviewed — with a few outspoken exceptions — think drones are fine. Some are openly enthusiastic. Indeed, major drone seller Atlanta Hobby said their most effective advertising ever was on Barnstormers, an online source frequented by pilots (the sort that fly from inside the aircraft). This article will try to cast additional light on the new drone rule, FAR Part 107, that was announced over last weekend and gained wide coverage.

I contacted a subject matter expert who happens to be a longtime friend. Cliff Whitney is the fellow that first talked me into starting ByDanJohnson.com way back in 1999. Much earlier we met through a mutual interest in hang gliding and have remained friends ever since. Today, Cliff runs a multimillion dollar enterprise that sells … well, things that fly (but with the pilot not inside). He remains an active pilot that enjoys flying several airplane types so he gets it from a pilot’s perspective. We spoke for an hour just a couple days after FAA hurriedly released their NPRM news about Part 107 for UAVs.

In an unusual Sunday morning press conference, Transportation Secretary Anthony Foxx and FAA Administrator Michael Huerta released the details of the proposed rule. Along with these two big shots of the regulatory world, Cliff was on the conference line. As both a pilot and a UAV seller, he said, “I was shocked yet extremely pleased about the proposed rule … FAA used common sense … [Part 107} will encourage innovation while promoting adoption” of the regulation.

Some, like Amazon — a company with ambitions about using drones to deliver packages to your doorstep — were less enamored of the rule as it excludes flight that the big online outfit will need to offer its aerial delivery service (see some of the Part 107 points below). However, even Amazon had to agree with Cliff that, “107 allows the ability to go elsewhere.”

“Recreational users are exempt [from 107] … this is hard coded and cannot be changed,” Cliff observed. “If hobbyists fly recklessly, they can be penalized but this is as it was before.” The regulation only applies to what Cliff calls the “industrial side.” That’s the main aspect of his business, accounting for 70% of sales; 30% are recreational users. He added, “Part 107 will increase the industrial share because the new regulation is so accommodating.”

Let’s look at some impact from this new reg. I asked Cliff about the size of the market. To understand it better, we need to divide it. Recreational user drones run $600-$2,000. These are some very capable UAV compared to “toys” that you can buy for $50-500. True working systems with back-up aircraft — needed because a company hiring you won’t want to hear about a broken part that will take a week to fix — will cost $5,000 to $10,000. However, the latter amount can buy an aircraft delivering butter-smooth motion picture-quality video with very high resolution that can broadcast to a computer on the ground.

In the recreational or higher sector Cliff believes the DJI company (top image) is the leader with an estimated 70% of the market. DJI did $130 million worth of business in 2013, $260M last year and projects $600M for 2015. Calculating from average wholesale selling prices, the overall drone industry could deliver as many as a million new UAVs this year alone. In contrast, GAMA said that 986 single engine piston aircraft were sold worldwide in 2014; LSA and LSA-types delivered approximately 3,000 units around the globe. UAVs clearly represent very big business.

SHOULD PILOTS BE WORRIED? As a pilot — especially of an open cockpit ultralight or a powered paraglider — should you be worried about all this new traffic in the sky? “Such worry shows a lack of understanding,” said Cliff. He explained using a humorous tale about how RC hobbyists have events where they deliberately try to run into one another, all within a 200-foot-square space. “I’ve seen 50 RCs fly around at low altitudes for 20 minutes without running into each other, even in a confined space … and that’s when they’re trying to hit one other.” He makes a good point. In my flying, while I recognize we must be vigilant to see and avoid, the skies are spacious and I very rarely see any aircraft close except near the airport.

As with most FAA proposals, the agency is asking for comments and must consider every one. For example, FAA is asking if the regs should permit operations beyond line of sight, and if yes, what are appropriate limits? Amazon may be dissatisfied with the NPRM as their proposed package-delivery drones couldn’t fly over populated areas. However, the regs can change to allow such use after initial experience is gained and, of course, giant companies like Amazon and Google have lobbyists that might try to influence rule writers. Balancing corporate power are powerful forces concerned with privacy.

For another viewpoint, Reason Magazine wrote that Adam Thierer of the Technology Liberation Front noted on his blog that, “You can’t read through these 200 pages of [FAR Part 107] regulations without getting sense that the FAA still wishes that private drones would just go away.” Government drones are exempt from these rules.

Right or wrong, it seems as certain as tomorrow’s sunrise that drones or UAVs are going to proliferate.

DRONE NPRM SUMMARY
Drones must weigh less than 55 pounds
Commerical operators must remain within visual line of sight of the drone
They can only operate in the daylight with a least three statute miles visibility
Drones must stay below 500 feet AGL and outside of Class A airspace
May fly in Class B, C, and D airspace with prior permission from ATC
Drone must stay 500 feet below clouds and 2,000 feet horizontally
Drones cannot exceed 100 mph and must “see-and-avoid” other aircraft
Drones are not allowed over people, except those involved in the flight
Drone operators would have to pass an aeronautical exam and retake the test every two years •
Background checks of some sort would be required for commercial drone operators
Aircraft markings (N-numbers) mandated for identification purposes

Produced before FAA’s recent NPRM, this Reason.TV video gives the overall activity of flying UAVs a broader perspective. You also get a historical view of drones: