For years, I have been interviewing suppliers of Light-Sport Aircraft about how functional and durable their SLSA are for flight training. Contrary to what many think many SLSA actually make good trainers (see this recent article). Old timers might think you have to stick with Cessna or Piper to have an airframe built robustly enough to handle student flight training. Those who feel that way are behind the times. LSA are here and now in flight schools. 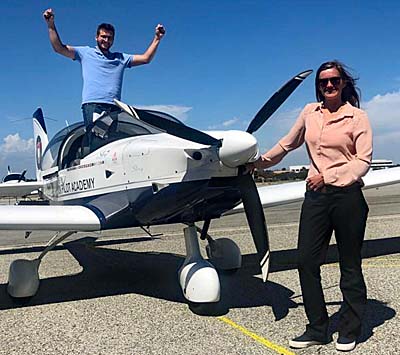 This is a tale, not of two cities, but of two coasts, the Pacific and Atlantic yet the story is unfolding in several other locations, too.

Based on multiple flight schools deep into using LSA (as portrayed in the linked article above), current LSA appear more than up to the job. That has been ongoing for some time. The new development that is popping up on the coasts and elsewhere in between are entirely new flight schools, ones organized completely around Light-Sport Aircraft as primary trainers.

While selling to any existing flight school using legacy trainers — such as Cessna 150s, 172s, or Piper Cherokees — vendors of modern LSA aren’t waiting for every training operation to see the light. Instead, they are starting their own academies and using their Special LSA for primary training and more. Some of these are Part 141 schools and, without exception, those I’ve interviewed find SLSA completely worthy of this important task.

With a looming pilot shortage reported around the world, their initiative is likely to pay off. The airlines are now admitting they have a huge problem coming. Even some military organization are finding it harder to enlist pilots.

As someone once said, “If you want a job done right, do it yourself!” So, they did.

Both Sling Pilot Academy (SPA) and Sebring Flight Academy (SFA) are relatively recent starts but both already have students well trained enough that they can begin taking some of the chores of training the next batch, under controlled and highly supervised leadership, of course. This is serious stuff. These students could be piloting the airliner in which you are flying in just a few years.

Classes are filling at both SPA and SRA. This scene is from Sling Pilot Academy.

When students earn their credentials and are ready for more, SPA uses a pair of recently-acquired dual-Rotax-engine Tecnam Twins. SFA uses the well-proven Piper Seneca twin. Both places appear to be humming with activity!

SPA has evolved from a modest, quiet flight school into a bustling operation. “We’re just getting started,” said SPA boss, Matt Litnaitzky. “Four new aircraft are on their way, we’ve added an additional hangar, as well as nearly quadrupling our staff. The first academy class is already airborne well on their way to a dream career.” SPA said students are expected to complete their ratings in nine months and finish building their 1,500 hours in a year and a half. By utilizing efficient Rotax-powered aircraft with state-of-the art modern avionics, SPA students will be entering the airlines with glass cockpit experience at a fraction of the cost. 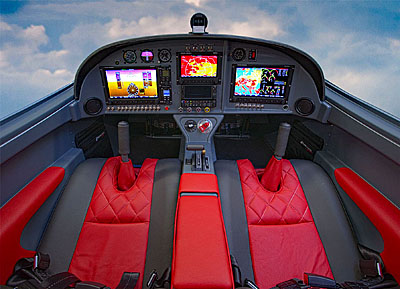 Compare this luxurious and superbly-equipped cockpit to a 50-year-old Cessna 172 (or any number of legacy flight aircraft). Which do you think your average millennial would prefer flying?

Across the continent at Sebring Flight Academy, they are using Lou Mancuso‘s ingenious system of elevating their freshly-certificated students into flight training under the supervision of seasoned pros. As a former instructor myself, I can confirm a CFI learns every bit as much as each student he or she trains. SFA offers a full package of nearby lodging (they bought a house not far from SEF airport) and a work opportunity as ways to hold down the cost and concentrate the student’s payment into actual training rather than lodging and transportation expense. Likewise, SPA has a whole web page dedicated to showing the savings they can offer.

Both of these modern schools are very keenly aware that, as SPA reported, “The hot topic of every FBO around is ‘a pilot shortage is upon us’…”  Indeed, Boeing predicts over the next 20 years that North America alone will need 206,000 airline pilots. Globally that figures rises dramatically to some 800,000 pilots.

Students getting into professional courses like those offered by SPA and SFA have very bright futures in my opinion. Airlines have great need, but so do corporate bizjet departments and military aviation divisions. China’s military — even given its immense population — is increasing recruitment as they face upcoming shortages. Then, we have eVTOL air taxis in hot development and all manner of remote pilot positions.

It’s not just pilots either. Although it’s a story worthy of another article, mechanics are predicted to have even higher job opportunities with pay scales increasing to entice trained workers. This is a great time to be a young person pursing aviation, better than I’ve seen in many decades of following aviation closely.

It’s wonderful to see Sling Pilot Academy and Sebring Flight Academy rewriting the old rules of how a flight school should be operated. I’m exceptionally proud of both enterprises.

Current pilots can contact The Airplane Factory USA or Bristell USA to learn more about the aircraft they represent.